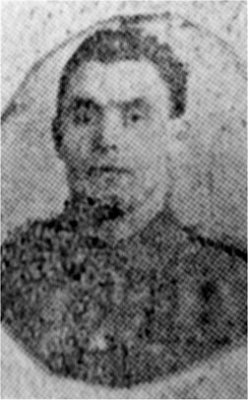 Lance Corporal Churms of 90 Balby Street, Denaby main, is severely wounded and in hospital in Northampton.

He has served in Egypt, Salonika and France and received his wounded in the battle of Cambrai.

Before enlistment he was employed at the Cadeby colliery.

Soldier – Cunningham A – Wounded for Third Time at Cambrai (picture)