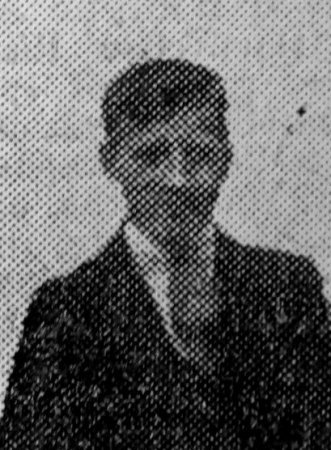 Though rain fell and the ground was soft at Conisboro’ on Saturday the teams played good football. Langford, in the Conisboro’ goal was given plenty of work to do.

Conisboro’s first real effort was a shot by Riley from 20 yards out that hit the under edge of the crossbar, fell on to the goalkeeper’s neck, and bounced out of play! Riley and Hanby both sent in good shots. Langford, at the other end was at times busy but kept a good goal. Lunn, who usually plays in the forward line, had to play at centre-half for Conisboro’, and he broke up Kilnhurst raids. The teams were well matched but neither could score and the game ended with Conisboro’ the fresher side.

For them Lunn and Haggar at back, E. Lunn and Adamson, halves, Hanby, Riley and Harrison played well. In Riley (picture) the club have a dashing cent re-forward who shoots powerfully and knows how to feed his wings. He had some bad luck in the game on. Saturday with shots which were always on the ‘mark. He is the club’s loading scorer though he has not played in every game. In one game he scored six of nine goals. He has yet to play a poor game for the club. He should be watched.