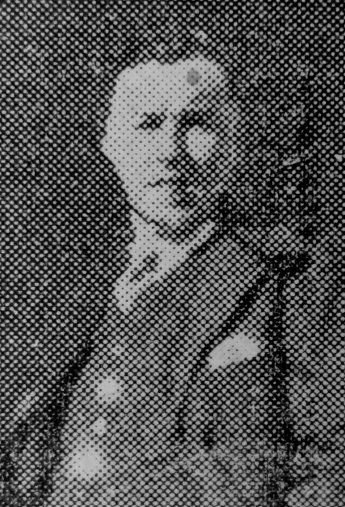 It was a great shock to Conisborough on Sunday to learn that Mr Albert Winston Watson, of ‘Winstowe,’ Park Road, had died that morning in a Sheffield nursing home.

Mr Watson who was the youngest son of the late Mr and Mrs E. Watson, of the Don Valley stores and the Crown stores, Denaby, and later of “Brayton,” Park Road, Conisborough, was only 37.

Mr Watson had suffered for years from ear trouble, but this only caused slight annoyance until Tuesday of last week when it became acute and he consulted a specialist. As a result he went into a nursing home and had an operation, which appeared to be successful, as good reports were received after it on Friday and Saturday. This improvement apparently was continuing on Sunday morning. But there was a sudden change and the end came very quickly.

Mr Watson was a former pupil of Mexborough secondary school and when he left he went into his father’s business. In 1924 he married Miss Hannah M. Clayton, a daughter of Mr. C. Clayton and the late Mrs Clayton, of new Hill, and went on to reside in Park Road. On the death of his father in May, 1928, he and his elder brother, Mr Percy Watson, of Mexborough took over the business, which is still carried on at Don Valley stores.

Mr Watson’s hobby was horticulture and he had made a beautiful garden at his home. He leaves a widow and one son age 3 ½ years. The funeral took place after a service at the parish church conducted by the vicar, Rev. H. T. Eddershaw, at Conisborough.