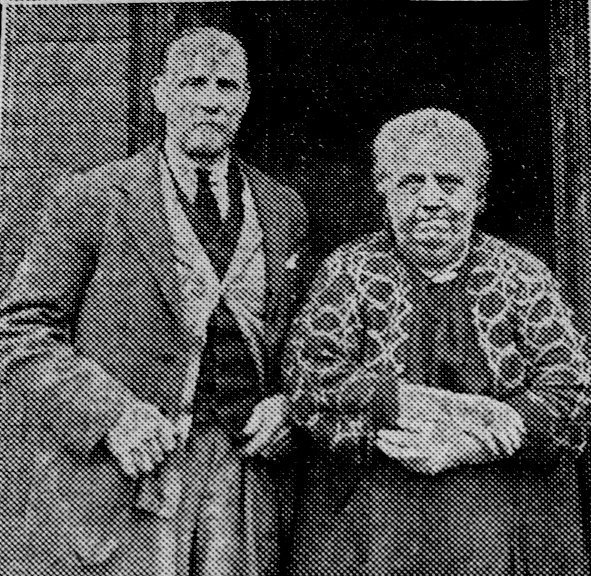 Both are natives of Conisborough, Mr Briggs being 71 years of age and Mrs Biggs 67. They were married at Doncaster in 1885.

At the age of nine Mr Briggs commence work at the Conisborough Glassworks of Messrs. Kilner brothers, Ltd., where he worked at kiln drawing, work which was arduous but which had the necessary compensation of what at that time was a good wage. Methods such as obtained then are now obsolete and science has cause them to be superseded by mechanical means.

Until just before the war (for a period of in all 50 years), Mr Briggs remained with Messrs. Kilner brothers, but when one of his sons was transferred to London, Mr and Mrs Briggs left also, and for eight years Mr Briggs was at the City Glassworks, Canning Town, London.

From there he moved to Derby under the same management, and for 11 months he was a shop manager there. Leaving their Mr Briggs went back to London but the call of South Yorkshire brought him back to Conisborough with his wife.

For a month Mr Briggs was living in “retirement,” but started to work again, in a different location, and spent 11 years in the quarries of the Ashfield brickworks before he really retired. His time is now chiefly concerned in looking after a smallholding run by one of his sons. Mr Briggs was reminiscent in a talk with a “South Yorkshire Times” representative. The frosty weather caused him to recollect the great frost of 50 years or so ago, when “the dam” on Low Road was covered with ice 2 feet thick. On this service a skating handicap was organised by the late Mr Richard Crowcroft, and Mr Briggs beat the late Mr Albert Wilson, who was the dam owner, over a six laps course.

On the foot-racing track Mr Briggs achieved fame. He has won over £200 on various tracks. He was twice winner of a £25 handicap at the now defunct Queens ground, Sheffield, a £5 handicap at Kimberly, and a £7 handicap at Dodworth. His greatest effort was at Lincoln, where he won a £25 handicap.

After these successes he was taken in hand by a syndicate of sportsmen who sent him to Blackpool to train for seven weeks prior to running him in a heat at Sheffield against Dick Drury, of Barnsley. The odds were laid on Drury, but Mr Briggs won the heat by 2 yards. The betting for the final was 10 to one bar Briggs, and he won as easily as all such odds on chances should do. After that he retired from the racing track.

At one period of his life Mr Briggs claimed to possess the finest donkey in the country and in trotting matches he never used his whip or stick. His urge for his ass was a bag of pebbles which he rattled. One of his best remembered races was when he was challenged by a Mr E Mills, of Denaby, over a mile course from the top of Doncaster Road, Conisborough, to the old toll bar house at Warmsworth. During the course of the contest Mills belaboured his animal from start to finish, the end for him being up a bank, pitched out from an overturned vehicle. All Briggs did was to rattle his pebbles and he led all the way. As a result of this race both drivers were summoned for “furious driving, beating a dumb animal, and travelling over 12 mile per hour.” To the modification of Mr Briggs he had the heavier fine, probably because his charge was the speedier, but he was not guilty of the beating charge.

“Nipsie” playing came into the category of Mr Brigg’s sports and he played in all 24 matches. Though he had a challenge for all comers for any stakes, he only lost one match. Once in a friendly gaming Conisborough Castle grounds he lifted his “nipsie” over the Castle Lodge to the Dell corner, a distance of 175 yards.

Mrs Briggs has had a less adventurous life than her husband. She preferred a quiet life. 10 of their children are alive today.