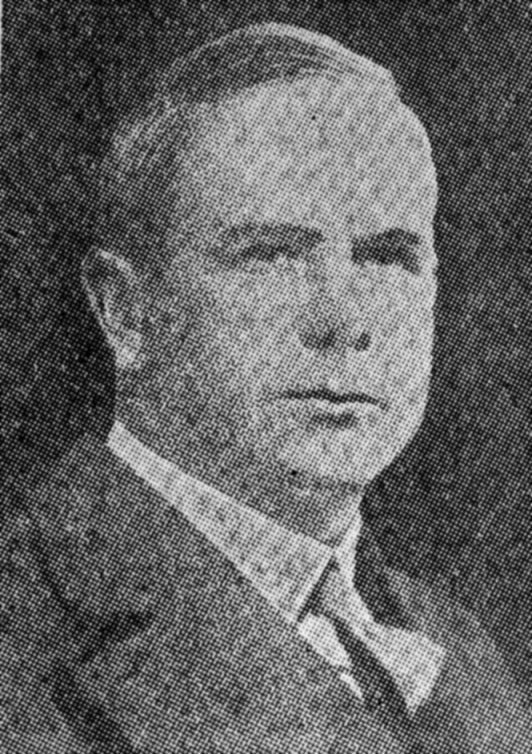 Dr Wilson appointment will be of interest to many residents in the Conisborough and Mexborough district. But Rose was born and brought up at Conisborough, receiving his early education at the Morley Place School. Later he went to Mexborough Secondary School and subsequently passed on to Sheffield University.

“in choosing Dr Wilson, those responsible To the services of one was and extraordinarily wide experience, and possesses a most intimate connection with the home grown timber trade. Is in fact of the fourth-generation of home grown timber folk. Born at Conisborough 44 years ago, is a second solo Mr William Wilson, home-grown timber merchant, saw miller and wood turner, whose grandfather started business there a century ago.

“Success scholarship examinations at school, he went on to Sheffield University and graduated B.Sc in 1912. Awarded a science research studentship, he took his M.Sc (Sheffer) by researching zoology. Then he was appointed by the Colonial Office to research for some layer, but resigned an account of ill health in 1914. Next she served on the academic staff so universities of Sheffield, Belfast and London successively as a biologist, meanwhile carrying out research is on insect pests of importance in military operations – foodstuffs, trench pests and so forth.

“From autumn, 1916 onwards he was engaged in timber extraction and conversion, mainly softwoods, in North Lincs and Norfolk, and from 1990 to 1921 was secretary and director of a wood turning business and also of an engineering concern.

“in 1921 return to the Imperial College of science and technology, South Kensington, for research in timber technology. Very concentrated on home-grown timber problems, and in particular investigated the effect of the presence of reserve food materials (as found in the living tree and at Felling) on the quality and durability of the wood when it comes to be put to use. He discovered that the presence of these materials in the sap-wood led to infestation by certain insects and fungi, and worked out a method of seasoning common hardwood so as to eliminate the edible substances, and so to immunise the wood against attack.

“It is a tribute to his determination and thoroughness that he went far beyond mere theoretical attention to the problem. In order to put the method discovered in the laboratory to practical test, he wanted to be able to select trees for investigation, to fell them when he chose and to convert them at appropriate times. As this could only be done by owning woodlands and a sawmill, he acquired an estate in Norfolk and erected a sawmill at Stoke Ferry in 1923. Easels found himself engaged once more timber trade, founded Wilson, Long Muir and co-Ltd and for six years carried on the business.

“Meanwhile he carried out his research programme, always in close contact with other scientists, and in 1929 (his father having taken over the Stoke Ferry timber business) he return once more to London, obtaining an academic post at the Royal Veterinary College. As Prof of biology, he found time to complete the laboratory work on his problem and to publish the results. For this were the University of London admitted into the degree of PhD, Andy Imperial College awarded him their Diploma (D.I.C.) for Researching the Technology of Woods (1932).

“For some years Dr Wilson has been an active member of the English Timber Merchants Association, a member also of the British World Preserving Association, the Central Landowners Association, and the Association of Applied Biologist, the Experimental Biologist, the ecological Society and the Society of Foresters. He was recently elected a Fellow of the Linean Society. ”