In the biggest fall in its history, 60,000 tons of dolomite were brought down in single blast at the quarry of the Conisborough Cliff Company yesterday.

Six thousand pounds of explosives lowered into the bottom of wells 75 feet deep were used, and the fall extended over a face of 96 yards. It will take six months to clear the dolomite. The fall was directed by Mr. J. R. Middleton-Walker, general manager of the company. It took three months to prepare for it. 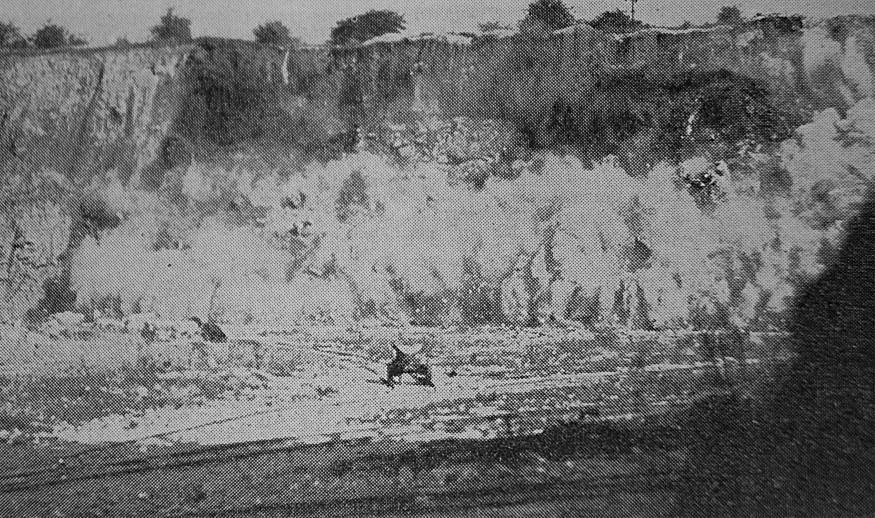 Footpath Plea Firm – Says It Might Put Men On Dole