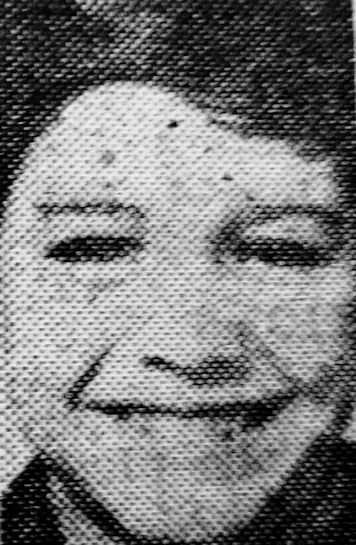 Conisbrough’s poet in embryo, 12 year old Northcliffe Schoolboy Michael Whitehead, has been auditioned by Yorkshire Television for a place in the next series of the popular children’s programme, “Junior Showtime.”

Michael, the son of Mr. and Mrs. Louis Whitehead, of 19, Ellershaw Lane, Conisbrough, has been writing poetry since he started at Northcliffe, and his work has impressed the staff tremendously.

What is considered to be his best poem to date, a piece entitles “War,” has been set to music by the school’s music teacher, Mrs. R. Taylor, and this work formed the basis of Michael’s offering to the programme’s controllers at last week’s audition.

Michael recited “War” along with three other poems, “Mothers Day,” “Man on the Moon” and “Water” during his spell under the spotlight, and he introduced four of his school friends, who sand Mrs. Taylor’s composition.

The friend’s Ann Gibbons, Frances Malcolmson and the Cattell twins, Greta and Gaynor, sang to the accompaniment of the piano, played by Greta.

Mr. Louis Whitehead told the “South Yorkshire Times”: “Michael will have to wait two to three weeks before he will be informed of the result of his audition.

“We are hoping that he will be able to appear on the programme, which will boost his chances of having some of these poems published at a later date.”

Boy (15) Climbed War Memorial – On Probation for Conduct at Conisbro’

Conisbro’ Man once sentenced to be Shot