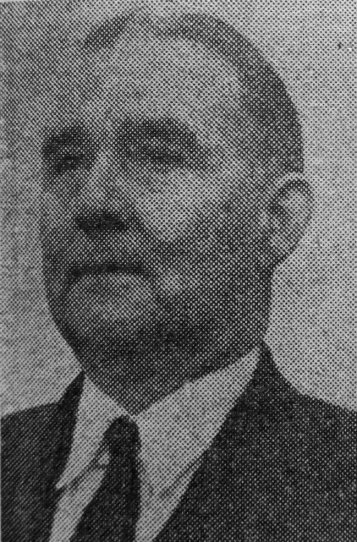 Few people in the Conisbrough area have performed such a variety of public services as County Aid. Benjamin Roberts, J.P. (70) of “Aberford,”Doncaster Road, longest serving member of Conisbrough Urban Council, but he is to resign in May from the Council, on which he has served for more than 30 years.

He will continue as a J.P. and a member of the West Riding County Council.

A native of Staveley, Derbyshire, Alderman Roberts came with his family to Conisbrough when he was 11.

He left school during a pit strike, and worked as a delivery boy before starting work at Cadeby Colliery in 1903.

Subsequently he tried his hand at every kind of job at the pit, on the surface and under ground progressing from a lamp carrier and pony diver to work at the coal face.

A militant trade unionist for many years, Ald. Roberts was elected President of Cadeby N.U.M. branch in 1927—a position he held for 17 years. For several years he was a pit inspector. In 1926 he became deputy-checkweigher and then checkweigher, until his retirement after over 50 years, at the pit in 1966

A delegate to the Area Council Ald. Roberts was treasurer to the Union’s General Property Fund and secretary of the Secretaries Fund.

In Pre-War years he was responsible, for the distribution of free boots to Conisbrough and Denaby children, assisted widows to obtain coal allowances, and was keenly interested in obtaining unemployment pay for men, and National Assistance for local families.

Both Mr and Mrs Roberts were actively associated with Conisbrough Parish Church, and he was a sidesman, and the Sunday School teacher for 12 years.

When he joined the Council in 1929 he was the first Labour Council to represent Conisbrough South Ward, which previously had been part of the rural District.

Chairman of the Council on four occasions, he has presided over every Council Committee.

A member of the Labour Party for 36 years, Ald. Roberts is a former Ward secretary and chairman and is the present vice-chairman of Denaby and Conisbrough branch.

Ald. Roberts has served on the County Council since 1934. He was elected County Alderman in 1952, and is due to retire in 1964.  He is a member of the Health, Highways, Civil Defence and Property Policy Committees, chairman of the Mental Health Deficiency Committee chairman of the Standing Joint Committee, and chairman of the Local Education Committee.

He was a member of Denaby Fullerton Hospital Board for more than 25 years. He is now chairman of Rawcliffe Hall Hospital Committee, and has been a member of Boards at Conisbrough Fever Hospital, Crookhill Hall, Olton Hall, Aston Hall and Middleton Hospitals.

Aid. Roberts has also worked for the benefit of old people, and served on the Doncaster Area, and local Old People’s Welfare Committees.

He was appointed Justice of the Peace in 1940 and his attendance at court has averaged over 60 times a year.

When asked by a “South Yorkshire Times” reporter why he was resigning from the Council, Alderman Roberts gave the characteristic answer:

“I have not been too well for the past two years, and so I have decided to relinquish some of the work. When I do a job I like to think that I’m putting everything into it.”