Conisbrough Boy (3) “Taken For a Ride” 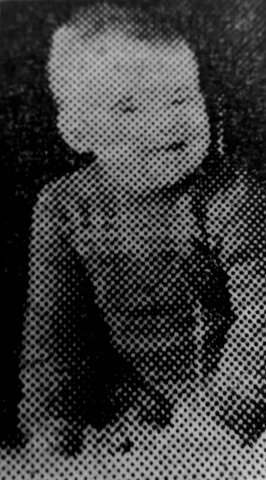 A three-years-old Conisbrough boy, Edward Scott, was missing from his home for almost an hour on Friday afternoon.

Edward was found on a Mexborough and Swinton Traction Company bus, which started at the Ellershaw housing Estate Conisbrough. The conductress     made enquiries on the bus and when no-one “claimed” Edward she dropped him off at Conisbrough Police Station and handed him over to the Police.

Edward, only son of a family of four children of Mr. and Mrs. Vincent Scott, of 11, Palm Grove, Conisbrough, was apparently too young to give his name or address so a policeman took him up to the Ellershaw Estate, where his mother was found.

His mother Mrs. Elsie Scott, told a “South Yorkshire Times” reporter on Friday ‘My daughter Anne (4) and her three years old cousin Russell Scott told me “a mister has put Eddie on a bus. I knew he could not climb on a bus by himself so I waited for the bus.

Lorries ‘Taken For A Ride’ – Did Their Loading at Conisbrough