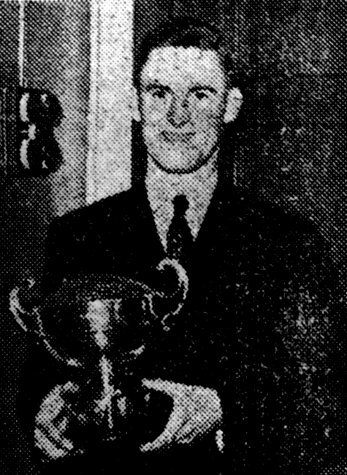 With the Broom Cup, his award as first prize-winner for the year of the first-year students of Sheffield and District Bakery and Confectionery Students Society, is Mr. Wilfred Hepworth, Conisbrough, after the prize distribution at St. George’s Hall, Sheffield, last Wednesday.

Before the war a clerk and during the war a R.A.F. air crew flying officer, Mr. Hepworth decided on his return to civil life to enter his father’s bakery and confectionery business in Brook Square, Conisbrough.

He decided to learn the business, of which he is manager, from the bottom, and has reaped the success he currently enjoys.