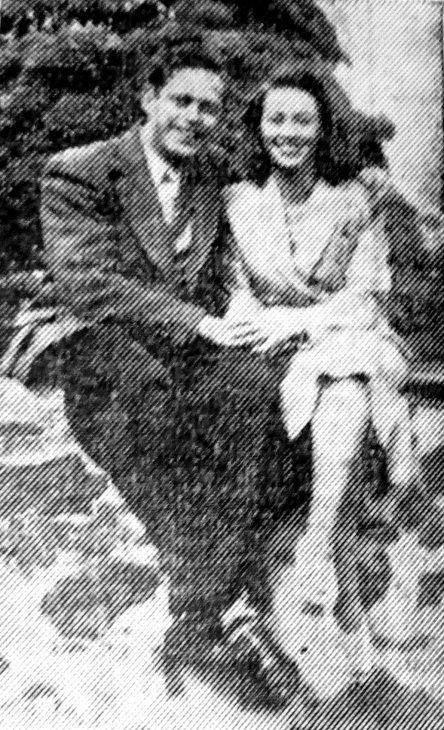 Flying to Canada this week end to get married to a former Canadian airmen she met In Britain during the war is 24 years old Mrs Nancy Moore, youngest daughter of Mr and Mrs. C. Moore, 24, Prior Road, Conisbrough.

Miss Moore, who relinquished her position on the staff of the Conisbrough girl Modern school three weeks ago, left Conisbrough on Wednesday and after having stayed overnight in London was due to leave London Airport at Heath Row at 8 p.m. yesterday flying direct to Toronto, her new home, by way of Prestwick.

She was seen off at Doncaster Central Station by her mother and from Heath Row by her sister.

Miss Moore’s bridegroom will be 25-years-old Mr. Grant H. Bickerstaff, 292, Runnymede Road, Toronto, 5, and Miss Moore told the “South Yorkshire Times” this week that she had known Mr. Bickerstaff five years. He was stationed with the Royal Canadian Air Force in the Darlington district during the war at the same time as she was attending the teachers’ training college there.

They lost touch with each other, but last Christmas he sent her a food parcel gift and this was the beginning of a series of letters. At the beginning of May Mr. Bicker-staff who is now with his father, an insurance broker in Toronto, came over to Britain on business and he and bin bride-to-be were able to renew their friendship.

Miss Moore is naturally thrilled to be going out to meet her bridegroom and his family and looking forward to the new life which the Canadian scene will offer.

She takes with her the best wishes of her many friends, her colleagues on the staff of the Modern School, Conisbrough, and her pupils.

Before joining the staff at the Modern School, Miss More was teaching in Chingford (Essex) for a year