Conisbrough Girl is Cadet of The Year 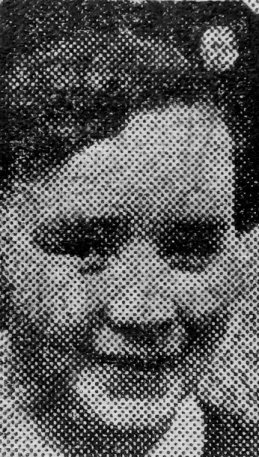 A 14-years-old Conisbrough schoolgirl, Loueen Soar, a pupil of Conisbrough Northcliffe Secondary Modern School, has been chosen “Cadet of the Year” by the Denaby branch of the St. Johns Ambulance Brigade.

At a meeting at Tom Hill Youth Centre, Denaby, on, Saturday, Loueen, who has been a member of the Nursing Cadets for two years, was presented with two cups and numerous certificates for her ambulance work during the year.

Loueen made the presentation of a bowl of fruit to Mrs, Lambert, well-known Denaby nurse, who retired recently.

Loueen, is daughter of Mr. and Mrs, J. Soar, of 86a, Northcliff Road, Conisbrough.