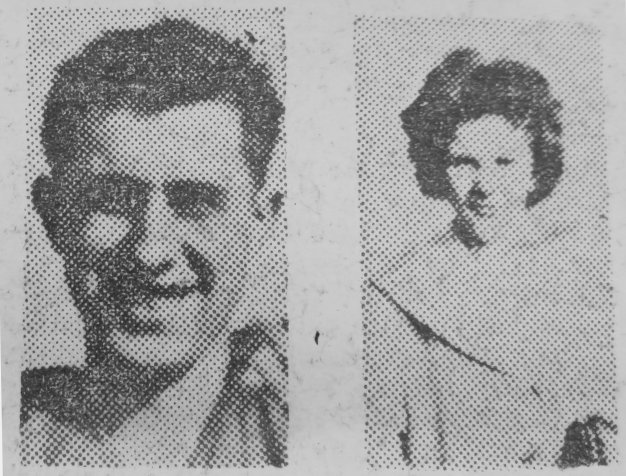 Celebrating her 22nd birthday on Sunday, is Mrs. Dilys Buxton youngest daughter of Mrs and the late Mr F. Williams, of 119, Daylands Avenue, Conisbrough, but Mrs. Buxton will be celebrating hundreds of miles away in Cyprus, with her husband, driver Leslie Buxton, second son of Mr and Mrs H. Buxton, of 5, Addison Road, Mexborough.

Driver Buxton, who is 22, is in the R. A. S. C. and was sent to Cyprus in November. He married Dilys just before he left.

Now, six months after, Mrs Buxton is joining her husband. They will live in a bungalow in Famagusta. She will travel, with her mother, to London today (Friday) and will fly from London airport on Saturday afternoon, arriving in Nicosia, on Sunday, where she will been met by her husband, and they will travel to Famagusta and to their first home. They will stay in Cyprus for two years, but will probably move from place to place.

Driver Buxton formerly worked at Cadeby colliery for 12 months, and before at a silversmiths in Sheffield. Mrs Buxton has been employed at Peglers works, Balby, since marriage.

While over there, Mrs Buxton is hoping to enjoy bathing, sunbathing and plenty of outside life. There’s not a lot of entertainment out there for evenings, except the cinema.