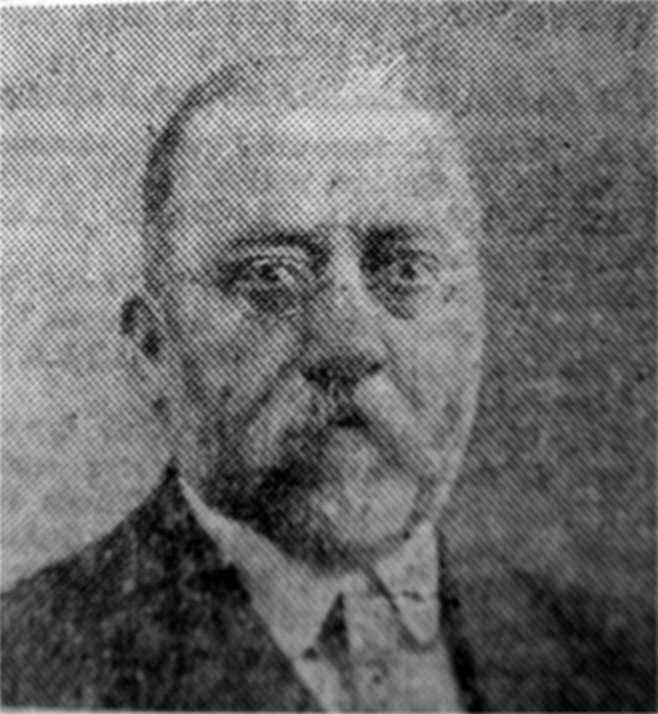 The recent list of new local magistrates includes the name of Mr Caleb Kilner, of Ivanhoe Lodge, Conisborough, and chairman of the directors of the firm of Kilner Bros.,Ltd., Glass bottle manufacturers, Conisborough, the appointment being most popular within and without the famous “Castle” village among the large circle of people who entertain feelings of esteem for Mr Kilner’s sterling position and integrity of character, and admiration for his business qualities, so abundantly demonstrated in his successful management of the firm bearing his name, and which has grown to such substantial dimensions under his directorship. That he will be a distinct acquisition to the Doncaster West Riding bench goes without saying his long experience of “men and things” giving him that sense of true discernment and judgement of undoubted value in the administration of justice.

A representative of this paper thought the recent honour conferred on Mr Kilner warranted a visit to his business office, where the writer found the new J.P. busily engaged at his desk, but obligingly replying to the request for a few particulars concerning his public career which makes interesting reading.

Mr Kilner is by virtue of long residence and business connections, to all intents and purposes a Conisborough man, and to many it will come as a surprise to know that he was born at Castleford, where his father, at that period, worked as a bottle maker for the grandfather of the subject of our sketch, who started the sister works at Thornhill Lees, where Mr C. Kilner was taken by his father when a year old. He was educated at Thornhill Grammar School and commenced to work at the lowest branch of the trade for his grandfather, when only 10 years of age, earning at that time wages of 2s per week. He continued to work at the trade, and the bottle blowing, and as he got on, took charge of one branch of the business, under his father’s care and tuition, till, at age 18, he took over the management of that part of the business, continuing in that position until he came to Conisbrough, in 1866, since when he has made their business prosper to such an extent that, for me comparatively small concern it has so grown, in conjunction with the other branch at Thornhill Lees, that today is one of the best-known, and is classed as one of the largest firms of bottle manufacturers in England.

Mr Kilner has twice been married, his second wife being the daughter of the late Ald John Bates, Dewsbury. He has one son and two daughters, all married, and his son, along with his cousin, Mr John Kilner Bateson, ably assists him in the management of the business.

With regard to Mr Kilner’s public career, though of late years he has not been so actively identified with local and district authorities, time was when he played a not unimportant part in this direction. He was first appointed overseer, a position. He held for some years, in the days when the overseer was responsible for the collecting of the Dog tax, and one can well realise that such a tax entailed a sharp lookout and a lot of running about in view of the present day tendency to evade the tax wherever possible. He was also a way warden, at the time of the old Highway board which was tantamount to being a member of the district council. His association with the School Board extended over a period of 17 years, the last three of which found him a popular chairman of that body. He was also a member of the Burial Board, and was one of the principal agents in choosing and laying out of the cemetery, and the building of the chapel, being chairman of the board for some time.

For a short time he was a member of the Doncaster rural District Council.

He is closely identified with the Wesleyan body, and as a worker, has filled most of the offices open to laymen, his ready support being ever forthcoming when needed. His services, indeed, were coming in character in connection with the building of the present Wesleyan Church at Conisbrough which cost £4000 and was free of debt within a year of it being built. He is a trustee of the Chapels at Denaby and Conisbrough, and is chairman of Conisbrough gas company, a position he has filled for the last eight years.

In addition to being a class bottle manufacturer, he is a ship owner, and there is little wonder at Mr Kilner’s success, for he comes of a persevering stock, well-illustrated by an anecdote he related about his grandfather, who early in life, worked hard and saved £50, and then lent it to a man and lost it. Nothing daunted, he commenced again and found the business, which has since grown to its present day prosperous dimensions.