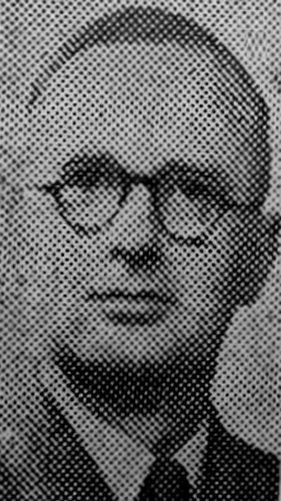 Mr. Ronald Grove, a member of a family well known in Conisbrough, has been appointed a director of F. Steiner and Co. Ltd., of Accrington, an old-established cotton and silk printing and dyeing company. Mr. Grove was appointed general manager of the company in March. 1949, and his subsequent promotion dates from the first of this Month.

The works of which Mr. Grove is in charge are the oldest calico printing works in the train, and employ foundry workers.

Mr Grove, who is 37, is a son of the late Mr and Mrs S Grove of Barnburgh, and latterly of Conisbrough. He was educated at Barnburgh School, Morley Place School, Conisbro’, Mexboro’ Grammar School, of which he is a former head boy, and   Cambridge University.

He won County Major and State Scholarships from the Grammar School and graduated at Downing College, Cambridge, in 1934. Since then he has held a post as chemist and under-manager in a textile finishing factory in Cheshire until his move last year to Accrington.

Mr. Grove’s wife (nee Miss D. E. Sutcliffe) is a member of a well-known Swinton family, and is also a former pupil of Mexborough Grammar School. They have two children.

Mr. Grove’s mother was for many years a member of the teaching staff of Morley Place School, Conisbrough.

His two brothers, who graduated at Leeds -University and King’s College, Cambridge, respectively, both hold important positions, one being a lecturer at Nottingham University and the other being chief chemist at Messrs. May and Bakers, pharmaceutical chemists, Dagenham, Essex.