A Conisbrough miner’s skill with the “arrows” earned him the holiday of a lifetime – an all-expenses-paid trip to Canada. 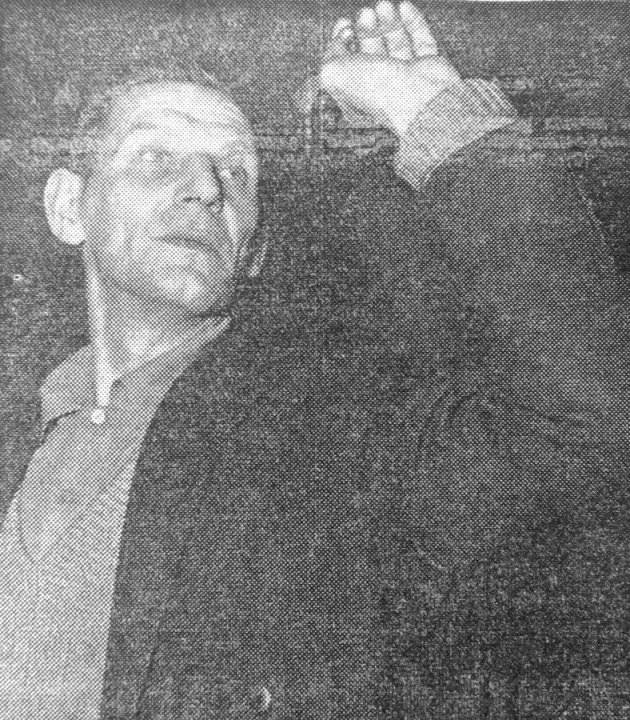 Mr Wilf Ellis, of 15, Leslie Avenue, Conisbrough, a development worker at Kilnhurst colliery, was invited to go to Wawa, Ontario, by the Royal Canadian legion after he won “News of the world” England and Wales darts championship.

The Royal Canadian Legion is a Canadian equivalent of British Legion, and Mr Ellison’s trip was timed to coincide with an all Canada open darts championship held at the Wawa Legion branch. People travel hundreds of miles to compete for the $2000 prize in this annual competition.

Mr Ellis was not eligible to enter this contest, but he played exhibition games against the winner, runner-up, losing semi finalist, and six other entrants. He beat everyone of them.

During his visit, Mr Ellis visited an iron ore mine and a goldmine.

From the goldmine he brought back his sample borrowing containing actual gold ore. “I was very impressed by the working conditions in these mines,” said Mr Ellis, they are much better then in our coal mines.”

To win the darts championship, Mr Ellis had to complete in house championships, district finals, area finals, county finals, and eventually the national finals in London. “I never expected to win when I set out,” he said.

I made a lot of friends in Canada, and I definitely want to take my wife, Doreen, for a holiday as soon as we can afford it.”