Included in the group are Mr. E. Taylor (referee) and members of both teams. 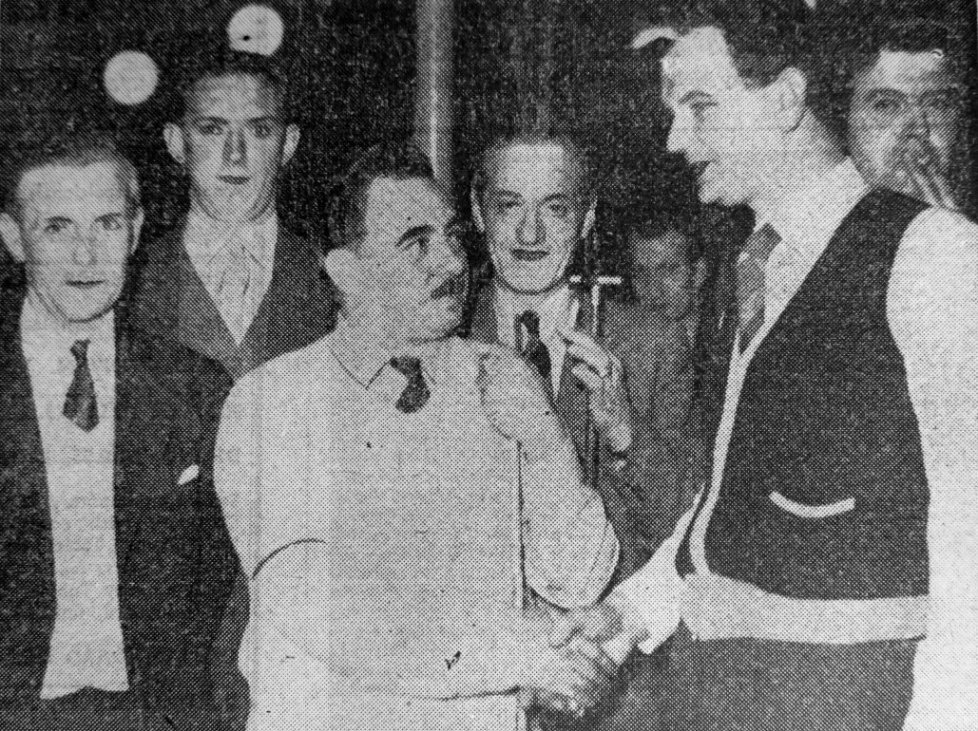