Conisbrough Ornithologist at work baiting his “trap” is Mr. A. E. Platt, of 217, Doncaster Road. “Temporary visitors” are ringed and logged before being released. While pictures were being taken yesterday three birds entered the trap, two bluetits and a house sparrow. One of the bluetits had been “ringed” two months ago by Mr. Platt. 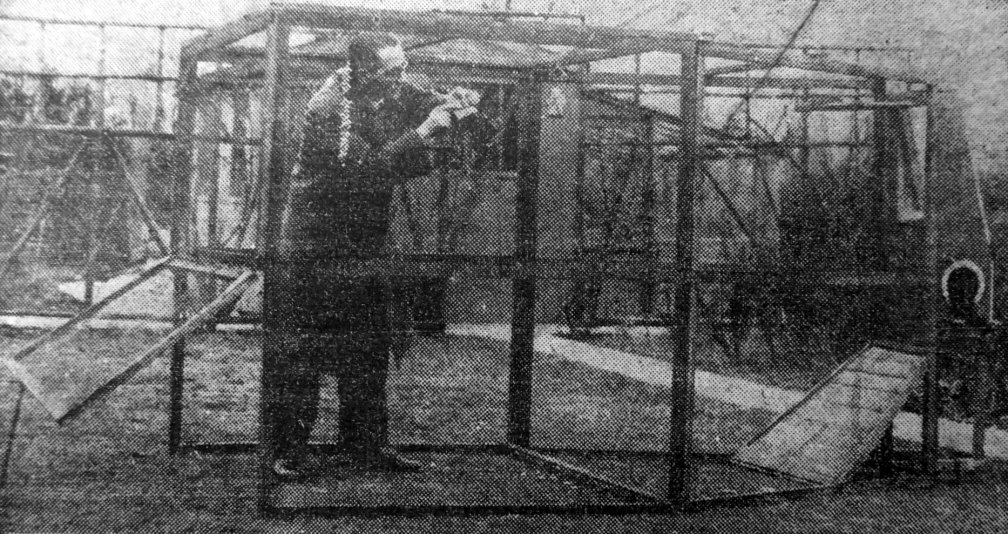