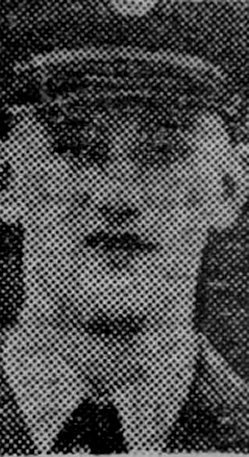 Home on five weeks’ leave from trouble-spot Cyprus is 21-year-old Mr. Brian Tyas, only son of Coun. and Mrs. A. E. Tyas, of 21, Minneymoor Lane, Conisbrough

Brian, a senior aircraftman in the R.A.F., has flown home for Christmas leave, and is to return to his station on January 4th.

A National Serviceman, Brian has spent the last ten months of his service in Cyprus after training in Wiltshire,

Brian has played for his unit at cricket and football and holds a replica cup won when his team won the Station Football Cup competition, and a runners-up medal won when his unit won the inter-unit football league.

Brian completes his service in September.