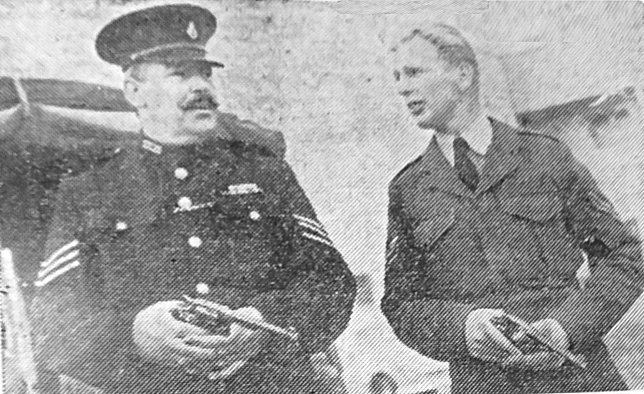 When Sergeant Geoff. Dyson, D.F.C., D.F.M. (left) of Conisbrough—at present seconded to the Cyprus Police from the West Riding Constabulary—attended the All Island Police Pistol Meeting recently, he met Corporal Warren Taylor, of Leeds, who skippered the R.A.F. Police team.

He is accompanied overseas by his wife Catherine and daughter Sharon (2).

There was more than police conversation in the air when they met at his shooting match which saw the Cyprus Police Force placed first,the R. A.F. Police second and the Royal Military Police third

Sergeant Dyson served with the Royal Air Forces from 1942 to 1946, when he was decorated for gallantry  as a rear-gunner with the Lancaster Pathfinder Force.