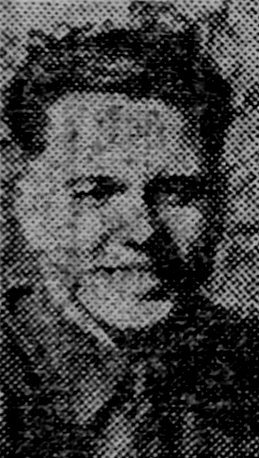 A story of France to-day was told to a ” South Yorkshire Times ” reporter on Monday by Private John Wright, K.0.Y.L.I., son of Mr. and Mrs. J. Wright, of 21, Warren Road, Conisbrough, now home on leave from the Chateau Fugere, headquarters of Field Marshal Montgomery at Fontainebleu.

Private Wright. a regular soldier, has the distinction of being the only K.O.Y.L.I. ranker attached to Field Marshal Montgomery’s headquarters, and he volunteered to learn French in order to join this important unit in France, His friend, Corporal Treacher, of the Grenadier Guards, is personal batman to Field Marshal Montgomery, who has recently acquired a chateau a short distance from Fontainebleu.

Private Wright told our reporter that the quality and qUantity of the food in France were very good, and the shops and restaurants were well stocked, but as the prices are in most cases high, the average working man is not always able to afford them.

Fruit is plentiful and cheap, and although only bottled beer is available, cognac can be bought at 8d. a glass, and ordinary red and white wines at 2d. a glass. Cigarettes cost 70 francs for 20, which is rather more than a shilling.

Transport is very inadequate; only two buses a day run from Fontainebleu to Paris, and although there is a regular train service, the journey is far from comfortable, as there are only wooden seats.

Most of the people, however, have bicycles, and at the week-ends they can be seen cycling out into the fine country around Fontainebleu to collect wood to use as a substitute for coal which is very dear and in short supply.

Private Wright, who has been In the Army for a year, travelled home by boat from Calais to Dover, and returns to France on April 27th.