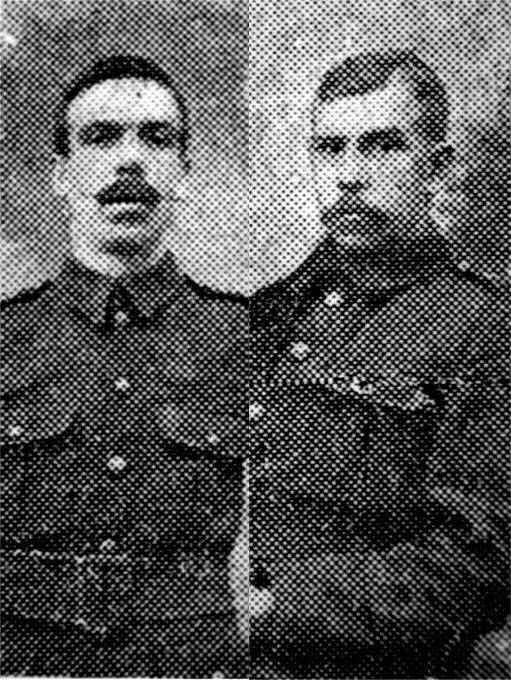 J Conroy (on the left) and F Johnson, of Conisbrough, privates in the Coldstream Guards, both of whom are among the missing at the front. Of private Conroy nothing has been heard since the attack of St Julien, when he was wounded.

The wife and relatives of private John Corney, 18 Mount Pleasant, Conisbrough are in great anxiety as to what his fate may be.

Private Corney was born in old Denaby, and is well known in the Don and Dearne Valley’s. He served in the Boer war, and in September last year, was drafted abroad, serving in the 2nd Coldstreams,and was later transferred to the third Coldstreams. His last letter home was written on October 17, just prior to the attack on St Juliens.

Application has been made to the War office for information whether he has been killed, wounded or taken prisoner, but the War office has not been able to find any trace of him. Seeing a report about some wounded Coldstream Guardsman who were at Sheffield hospital, the anxious wife wrote to the hospital enquiring if anyone there by any chance knew anything of her husband.

Almost by return of post she received a letter from private Sissons, who said he knew Jack very well, and the last he saw of him was in the charge of St Juliens, when Jack was wounded, though not fatally. When, however, they went after the battle to pick up the wounded and the dead, Jack was not there.