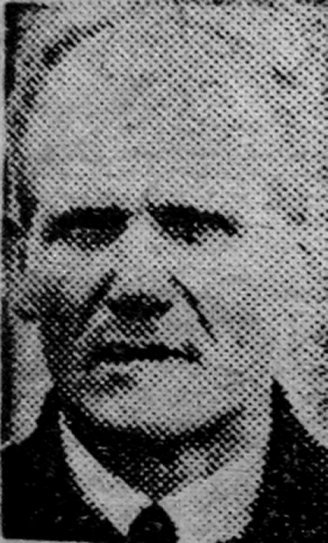 The Lady Chapel in Wakefield Cathedral received this week a home-made rug, in two shades of blue, made specially for the chapel. The maker is a 60-Years-old former Cadeby Colliery miner, Mr. Michael Forbes, of 10 Markham Avenue, Conanby, Conisbrough.

Mr. Forbes has been a cripple, confined to bed, for over two years.

He is a patient in Pinderfields Hospital, Wakefield, suffering from a tubercular hip, What makes his accomplishment more remarkable is the fact that lie is encased in a plaster cast, and must lie on his back while making his rugs. When the rug is nearing completion     it weighs several pounds, no light weight for an Invalid to handle.

Rug-making comprises Mr. Forbes’ occupational therapy,’ Many years ago, at his home, he had helped to make a similar rug, with several friends. On that occasion the rug adorned the altar of St. Andrew’s Mission, when it was opened in 1929. Not since then, however, has he attempted any rug-making, except for a few “pegged’ ones.

No his house in Conanby has home-made rugs all over the floors. Several have been made by Mr Forbes, a few by his wife, who makes them on a frame, “North Country Style clothes.” Sisters and orderlies of the hospital have several examples of the Forbes craft. Now Mr Forbes is making one of the  W.V.S.

Woollen rugs are not the only things Mr. Forbes makes. Mrs. Forbes as a large leather shopping bag made by her husband, and innumerable purses and wallets.

Plastic brooches and ornaments, small and delicate, and only a few of the things turned out by this supine craftsman. And when he is allowed to get up (before very long he hopes) he will go on to woodwork.

Cadeby Miners Back to Work (picture)