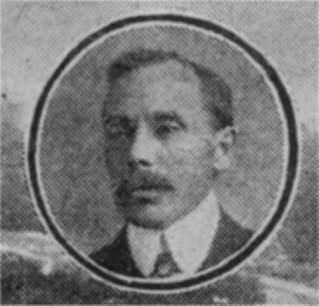 The internment of the remains of Mr. Herbert Cusworth, who met with his death in the recent catastrophe at Cadeby, took place on Friday in the Tankersley Churchyard, in the presence of a large number of sympathising relatives and friends. Deceased, who was the eldest son of Mr. and Mrs. Ezra Cusworth, of Beaumont Street, Hoyland Common, was an official at the Cadeby Colliery in the capacity of assistant under-manager, a position which he took up about Easter of last year. He had previously been in a similar position at the Hoyland Silkstone Colliery for about nine years, where, under his supervision, the new colliery seam was opened out. He had made rapid strides in the profession of his choice and bid fair to attain the topmost rung of the ladder in the mining world ; and the sudden ending of what promised to be a brilliant career, came as a great shock to a wide circle of friends. As an official he was held in high esteem by both men and master.

He was well-known in the cricketing world, both Tankersley with whom he played formerly, and Hoyland Silkstone, whose team he captained for several seasons, owing much of their success to his sterling ability. As a batsman he had few equals in the district, and his promotion to Cadeby signalised his inclusion into the Denaby team, with whom he played regularly in the Mexborough league matches.

Since the accident the suspense has been very trying, and the news of the recovery of his body, and only on Wednesday morning week, came as a great relief.

Deceased, who was in his thirty-seventh year, leaves a widow, and a family of three children, for whom, with his parents upon whom the blow has fallen heavily, the utmost sympathy is felt. Friday last, the day of the internment, was, by a strange coincidence, deceasedÂ´s birthday, and had he lived he would have been thirty-eight years of age on that day. The body was brought over from Cadeby in the afternoon, and as the sorrowful cortege left the home of the deceasedÂ´s parents, genuine expressions of sympathy were heard on every hand. Hundreds of people lined the roadway.

The service in the church was as impressive a one as could be witnessed, and throughout there was a marked sense of the solemnity of the occasion. The service was conducted by the Rev. H.A. McNaughton, Rector of Tankersley, who, during the service gave a touching address, and the choir, who were in full attendance sang with much feeling deceasedÂ´s favourite hymns :-

As the funeral cortege left the sacred edifice the ” Dead March ” in ” Saul ” was rendered on the organ by Mr. J. Burkinshaw. The committal service was also conducted by the Rev. H.A. McNaughton, and the choir sang, ” Abide with me, fast falls the eventide,” another of deceasedÂ´s favourite hymns.