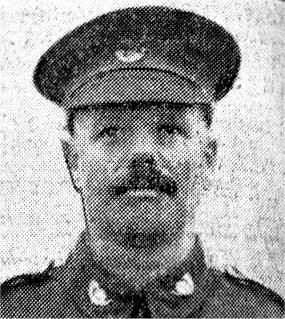 Private E Davies (Kings Own Yorkshire Lght Infantry) of 3 Loversall Steeet, Denaby main, sends us an interesting letter from the trenches, describing the life of the local territorials out there. Since despatching the letter he has (we are informed) been wounded.

“We are,” he writes, “close behind the firing line, and are taking our turn in the trenches. We are all in the best of health and spirits. As long as we can get a few Woodbines from Old England, we don’t care a fig how many Germans come along. They will find something on their plate.

We are on 200 yards away from the German trenches when we are in ours. They doing a lot of shouting, but they never offer to come out. We have had one of our chaps picked off by a sniper and shot dead. We also had two chaps wounded and two more were shelled out of our billets on the first. We’re not downhearted for we shall get our own back, you can bet.

After this, the people of Denaby and Conisbrough wont stand and sneer at the poor territorials, walking up and down the street and call them Saturday night soldiers. They would praise everyone if they could only see the sights out here; women and children turned out in the open fields, the houses blown to atoms and their belongings smashed to pieces. This brigade, has gone through as much training as any brigade at the front, and is as fit, and willing as any to do anything and go anywhere. There are a number of lads from Mexborough in this battalion. The only real danger in trench work is the getting in and getting out. There are lots of snipers to contend with, and they keep you to day and night, firing from all positions.”

Soldier – Dawson, A. – Conisbrough Soldier in the Trenches (picture)