Linda Goulty, the grandaughter of William Davis has sent a copy of a picture of her Grandad: 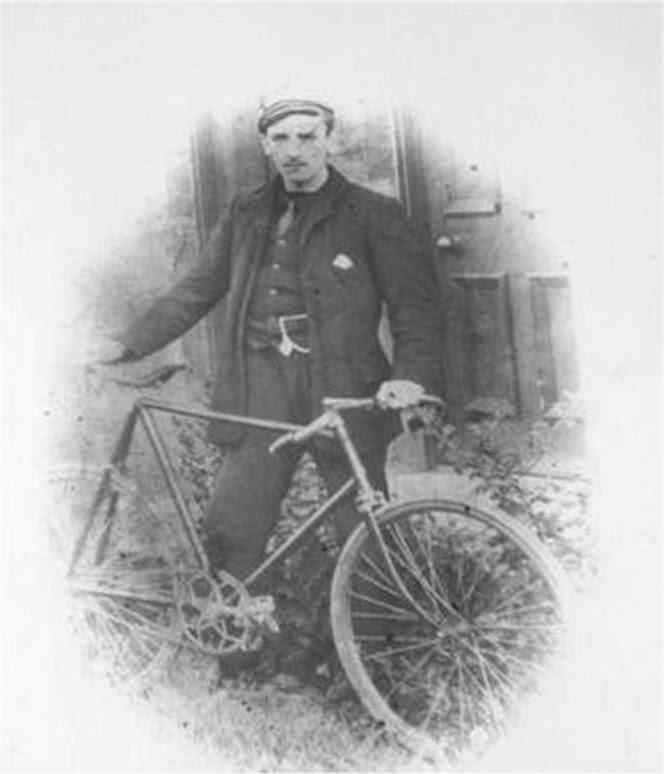 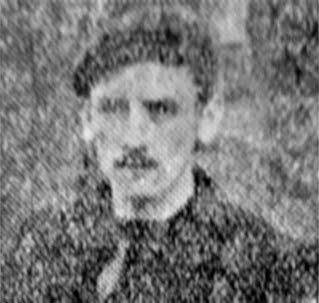 Funeral at Conisbrough Cemetery, on Sunday afternoon, the Rev. H. Rolfe, of the Baptist Connexion ( Doncaster ), being the officiating minister.

The road en route was lined with people, and blinds were drawn as a last token of respect to one of ConisbroughÂ´s best-known athletes.

The Conisbrough United Brass Band headed the procession and played the “Dead March” in “Saul” in an impressive manner. Representatives from football clubs in Sheffield, Doncaster, Mexborough, Carcroft, Bentley and Silverwood attended. The Conisbrough St. PeterÂ´s F.C., with which deceased was intimately associated, was also represented, the president, treasurer, chairman and secretary being present.

The following members of the St. PeterÂ´s Football Club acted as bearers :-

The wreaths were numerous and included a beautiful globe, subscribed for by the Football Club, and numerous floral tributes from relatives and friends.

” Conisbroite ” writes :- ” By his death, Conisbrough loses a well-known sports man, and above all a hero. The unfortunate young fellow lost his life in a brave attempt to save others. He had finished his own work in the mine and went back to help with the rescue work. He was asked to go out of the mine for refreshments, but declined, and so was entombed through the second explosion, and lost his life.”

The death occurred on Monday, at her residence, High Street, Conisbrough, of Mrs. Ryan, grandmother of William Davis, one of the victims of the Cadeby mine disaster. Death is believed to have been accelerated by the shock of her grandsonÂ´s death. The deceased lady was well-known in the village.