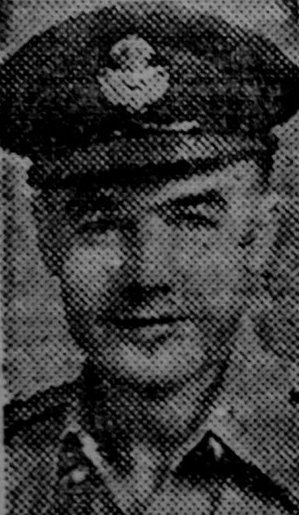 Mr. G. W. Spurr, the son of Mr. and Mrs. E. D. Spurr, of 15, Bolton Street,  Denaby Main, received a pleasant message while spending a holiday on the Norfolk Broads with his parents.

The news came through that he had been awarded the degree of B.A., with Honours in Economics, Modern History and. Political Institutions. He has been studying at the University of Sheffield and hopes to remain to obtain his Diploma in Education.

Mr. Spurr commenced his working life as a boy in the shop of Messrs. Whitakers, of Denaby Main and Mexborough.

In 1940 he joined the R.A.F. He studied and gained promotion and in June, 1942, he obtained his commission, went abroad in December, 1942, and was demobilised with the rank of Flight-Lieutenant after having seen service abroad for about 3 ½  years in India and Burma. After a short holiday he took advantage of a course offered to ex-Servicemen and was accepted as a candidate at Sheffield University, where he has worked hard for his degree.