15 years old Leslie Ward, 31 Sprotbrough Street, Denaby has completed 600 hours of voluntary service for local old people in Shepherds Close and All Saints Square over a period of three years.

Denaby Ambulance Brigade cadets in whose name the service was undertaken, recognise the achievement on Friday when Dr D.M.Bell, formerly of Conisbrough, the Corps Surgeon, presented him with a special award.

Dr Bell said: “The cadets have decided they would like to honour you for this very good work. You have shown great initiative in giving many hours of care and have provided the old folks with great pleasure.”

Leslie, who holds a Duke of Edinburgh Silver Awards, told our reporter that he made his visit after-school and at weekends and tackled various kinds of jobs, including running errands and getting in the coal.

The presentation was one of the features at the prize giving of Denaby and Conisbrough Ambulance and Nursing cadets and Denaby Nursing Division at Conisbrough Welfare.

Cadet of the year: Mary Richards. 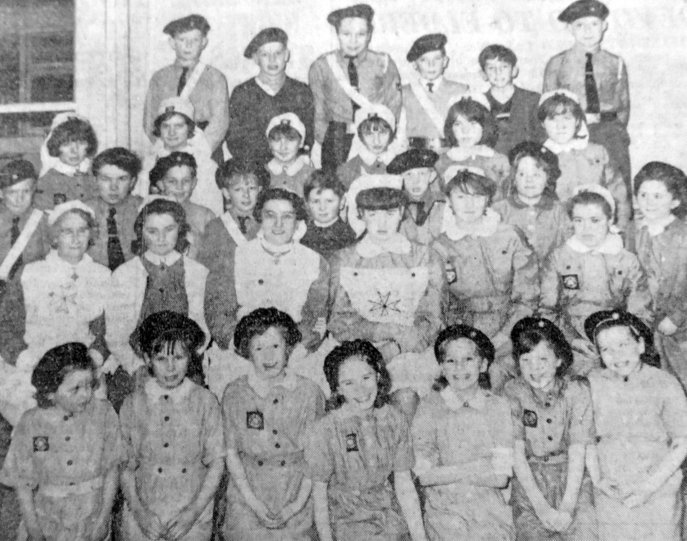 Conisbrough and Denaby Ambulance and nursing cadets pictured at the awards