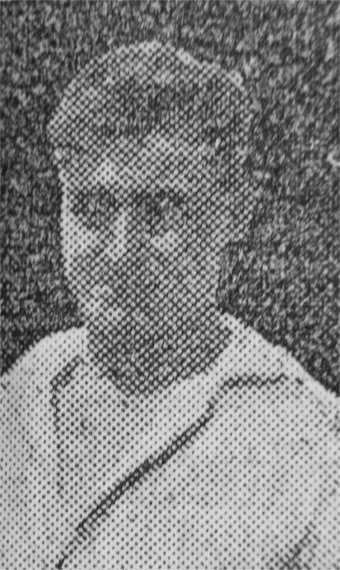 Denaby beat South Kirkby by one run at Denaby yesterday and the hero of the match was William Larke, who took six South Kirkby wickets for 19 runs. When he bowled Porter, the last South Kirkby batsman, the crowd enthusiastically raided the field and carried Larke off shoulder high. Porter’s was Larke’s 52nd wicket in eleven weeks of Yorkshire Council cricket – an amazing record! Larke in this match took 6 wickets for 19 runs, and had two catches missed off his bowling, both easy ones, one offered by Mackenzie to Tibbles when the batsman was 15, and the other offered by Hutchinson to Harrison just before the end.

When South Kirkby were 35 for six and Larke had taken four wickets for 12 runs, the Denaby captain put on Robinson in place of Larke. The South Kirkby batsmen hit eight runs off Robinson’s first over. The error was immediately rectified by Larke’s return to the attack and he finished off the innings as stated.