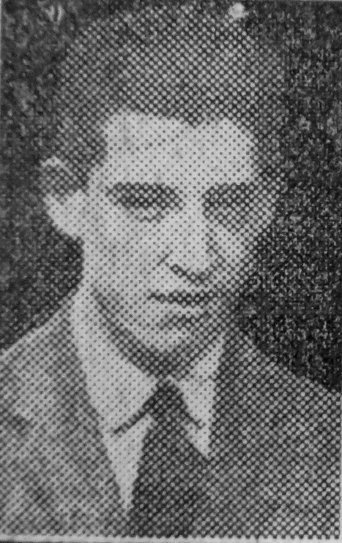 Denaby resumed visits to Swinton on Saturday and after a gallant recovery from a shocking start Dearly nearly pulled off a good win. Swinton, on the other hand, failed to consolidate themselves in a winning position in which they established themselves very early in. the game. An interesting match was marred by some rank bad fielding on both sides — with Swinton the worst offenders.

Pearson and Stancey each got a wicket in his first over, and when Vollans, Pattison and Ernest Wainwright were back in the pavilion with only 12 runs on the board Swinton’s tide was at the flood. A fourth-wicket partnership of 53 by Jack Palmer and Jack Tobinson held Swinton up for a spell: hut when the fifth and sixth wickets fell while the score got no further than 90 Swinton had the game in hand. It was then, however, that they lost their grip. Price tried all his bowlers except Jackson – who the not get a turn till very late – but not till Heaton. had a try was the Palmer-Kennedy partnership dissolved.

Len Palmer (picture) played the innings of the day and his best, this season He showed an excellent defence—he got his bat in the way of at least half a dozen balls from Pearson and Denton that “squatted” and looked all over wicket-takers; and used first rate judgment in starting out the ones to be hit. His driving was crisp and clean. Kennedy also batted with very good judgment, by no means the happy-go-lucky style that one usually expects from him. The partnership completely turned the game, for it added 85 rums and put Denaby on the way to something more than a fighting total. Palmer carried his bat after a very good innings, in which lie gave one or two chances and was several times beaten by balls from Pearson that narrowly missed the stumps, but which showed promise of first-rate cricket from this young player later.

Two things were responsible for the length of the Denaby innings: bad fielding and Stancey’s retirement after only three overs with groin trouble. He returned to field but did no more bowling, and that was a serious depletion of Swinton’s attacking forces. But even with average care and judgment in. their fielding. Swinton would have had Denaby out much earlier and for many runs less than they were allowed to get  It was, frankly, one of the poorest fielding displays we have seen in a Council game this season, for the ground fielding was slovenly and the returns often wild and wasteful.

Swinton’s last chance of victory went when Denton, Thompson and Willoughby fell with only 56 runs on. After that it was a question whether they could save the game.

That appeared extremely unlikely when the seventh wicket fell at 100- Heaton, Price and Machin were out to rank bad strokes to rank bad balls. Adey and Jackson—introduced to fill the vacancy caused by Atter’s return to Dinnington—saved Swinton with a partnership of 59 for the eighth wicket. Jackson justified himself by his batting at least; and when he went his three remaining colleagues had not long to exercise patience to save the game. The finish was exciting, however, for. Adev fell, after a good innings, in the last few minutes„ and ‘the last pair were in when time expired

Len Palmer followed his good batting with some accurate bowling. He put in 21 overs at one end, and got rid of Denton, Thompson and Hart early—so he did his part. His final figures were 3 for 55.

Kennedy, as already stated, invited the ,Swinton batsmen to get themselves out to some short stuff that ought to have been “pasted”—and three of them obliged. He finished with 5 for 46: which, with all respect to friend Kennedy’s admirable energy an never-failing zeal, was a flattering return Swinton made some sad faux pas with the bat as well as in the field.

For Denaby it was a notable achievement with Tibbles nursing a septic leg, Green wood on. holiday, and Carlin indisposed. But the club have some promising young stuff coming along and they will probably finish the season much more strongly than they started it.