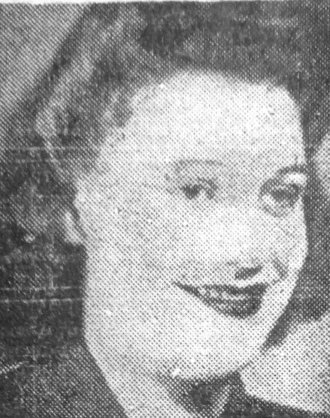 Little Pauline Poynton was often being called “princess.” Now she has a real queen for her mother—or at least a coal queen.

Mrs. Doreen Poynton, 25- years-old mother of one child, was chosen Denaby Main Colliery Queen at the Baths Hall, Denaby, on Saturday, by the Colliery pit consultative committee. There were 11 other competitors for the title. Mrs. Poynton was presented with a brass and copper jug by the Baths Committee.

Mrs. Poynton is a housewife, and her husband works at Yorkshire Main Colliery, Edlington, but her connection with Denaby pit is through her father, Mr. A. E. Spencer, a deputy.

When Mr. and Mrs. Poynton, who live at 18, Thirlwall Avenue, Conisbrough, went to Denaby Baths Hall recently for the opening of the new dance floor, Mrs. Poynton did not intend competing. She was persuaded to enter, and for the second time at the Hall she has won a “Queen” contest.

The first occasion was two years ago, when she became the Baths Hall Queen.

Denaby Pit Boy – Presented To King and Queen Of Norway.