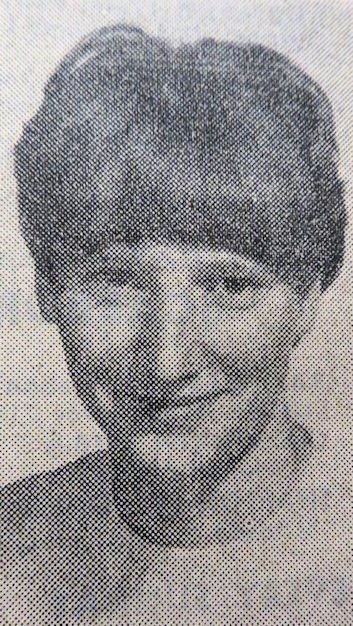 A 19 years old Denaby girl has been chosen by an international organisation to taste life on a “Kibnutz”, an Israeli community village, to gain a greater understanding of the country in the interests of good relation between Great Britain and Isreal.

Miss Elaine Short, the daughter of Coun. and Mrs. Bernard Short, of 131, Tickhill Street, Denaby, will be spending two months at Kfar, Menachem, in Isreal as the guest of “Bridge in Britain,” an organisation formed to promote food relations between the two countries. She will be in a party of 30 young people, mainly students, who will Leave London Airport on July 10th bound for Lydda Airport, Tel Aviv.

Elaine, a student at Bingley college of Education, gained the opportunity to visit Isreal as a result of her previous intrest in the work of voluntary organisations.Last year she went to a West German children’s home with the International Voluntary Service, and earlier this year she received the Duke of Edinburgh’s gold award at a presentation ceremony at Buckingham Palace.

The trip to Isreal will involve performing various duties and taking part in the everyday life of the “Kibbutz” and visiting places of interest throughout the country. The party will also have a week in which they can do as they wish.

Elaine is a former pupil of Conisbrough Northcliffe, High School and of Mexborough Grammer School.