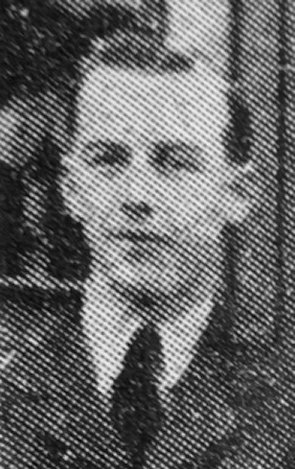 Among the first military personnel being trained in maintenance and launching techniques for the Thor intermediate range ballistic missiles is a Denaby man, Sgt. Edward King the oldest son of Mr. and Mrs. Robert King, of 11, Bolton Street. He is now receiving instruction at Vandeberg Air Force base, California, U.S.A. along with some 90 other men from the R.A.F.

A daughter and family are living at Mexborough Grammar School with a son and a daughter. His family are living at Chippenham, Wilts., where he was stationed until last November when he was sent to Arizona for basic training. He was transferred to Vandeburg a month later.

At Christmas, Sgt. King travel over 2,000 miles across America to Hamilton, Ontario, Canada, to see his sister, Mrs. Violet Peachey who is living there with her engineer husband.

On his return In March he will be posted to one of the Thor launching sites in this country.

On the doorstep at Denaby, but – Trains Are No Substitute for An Alarm Clock (picture)