Denaby Miner Hopes to be in France in June 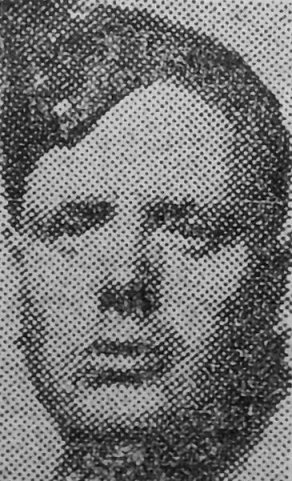 Way back in the days when Dunkirk was still the main topic of conversation—in mid-1940 to be exact — two soldiers stationed “somewhere in England” were saying their last good-byes to each other.

One was preparing to sail for the Middle East, the other to go back to aiding the country at his laboratory bench.

As most Servicemen did they promised to keep in touch with each other, but under the stress and strain both forgot to give the other his home address.

The war ended and one of the soldier’s, Gunner William Davies, a Dunkirk veteran and Eighth Army man, was demobilised and returned to his home, 102, Blythe Street, Denaby, to take up his work as a miner once more.

Unknown to him his friend, former Sgt. J. E. Aucott, of Plumstead, London, was attempting to trace him. For four long years he searched without success. All he knew was that his pal worked at a colliery in the Don Valley, and a few days ago he wrote to Mr. P. G. Tregelles, manager of Cadeby Main Colliery, asking him to help trace his pal whom he wants to keep an important date in France in June. Mr. Tregelles put enquiries in hand immediately and as a result Mr. Davies was able to re-establish contact with his friend.

While serving at Le Havre in 1940 Mr. Davies and his friend made the acquaintance of a French family and stood as sponsors to the daughter when she made her first Holy Communion. They promised to attend her wedding when the time came.

Recently Mr. Aucott received a letter asking Mr. Davies and himself to be at Le Havre on June 5th, presumably for the wedding.