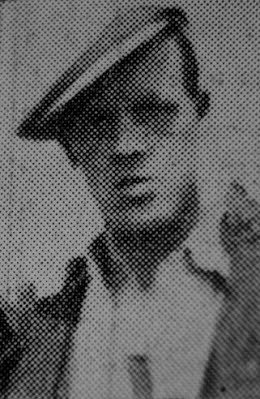 The Doncaster District Coroner, Mr. W. H. Carlile, recorded a verdict of “Accidental death” at an inquest at Conisborough on Saturday on a Mexborough miner. George Fearnside (24), of 3, Kirby Street, a contractor at Denaby Colliery who received fatal injuries after a fall of roof last Thursday.

Ernest Fearnside, of 3, Kirby Street, Mexborough, identified the body as that of his son.

Dr. P. Milligan, pathologist, of Doncaster, said he had made a post-mortem examination, and found abrasions to the face and neck and back. The aorta was torn and there was a quantity of blood in the left side of the chest. There was a fracture of the lower spine and pelvis. The cause of death was rupture of the aorta.

James Eddie Barlow, of 70, Crossland Street, Swinton, Fearnside´s mate, said they had removed some steel arches and were enlarging the road by firing shots. The deputy examined the place about midnight.

Witness went to warn the others from coming up before the shot was fired, and heard a stone fall. A few minutes afterwards the deputy called to him. No shots had been fired.

In reply to the Inspector, Barlow said he was sure they pulled out the small arch before inserting props, and agreed it was unsafe to pull the support from under the roof. He agreed that temporary supports should have been inserted before the arch was removed.

Walter Wilkinson, of 51, Prior Road, Conisborough, the deputy on Fearnside´s shift, said Fearnside and Barlow were waiting for him in 205´s main haulage, and were all prepared to fire the shots. There were no breaks to be seen in the face and everything looked normal. Two props had been set and a ring.

The Coroner: Did you give Fearnside any instructions as to what to do.

Witness: He was a qualified man and there was no need.

At the time of the mishap witness charged the three shot holes and posted Barlow on guard towards 7Â´s junction to prevent men from coming down and then instructed Fearnside to remove the telephone and signal wires. After Fearnside had taken the wires down and was about ten yards down the level the lip “Flashed”, and a stone fell, running the props out. The upper edge of the stone caught Fearnside in the back, knocking him to a crouching position. Witness had no difficulty in extricating Fearnside.

After the fall witness examined the lip and found that it was clean, with no sign of any fracture.

Witness agreed that there was a general instruction that props should be set before an arch was removed, and said that the deputies saw they were carried out when they were with the men.

The Coroner: I suppose these cases where life is lost are where the instructions are not carried out.