Denaby United’s Arthur Roberts, who in his first season as secretary manager last piloted the club to its most successful season in the years, and spent the close season strengthening the weaker spots on the side. 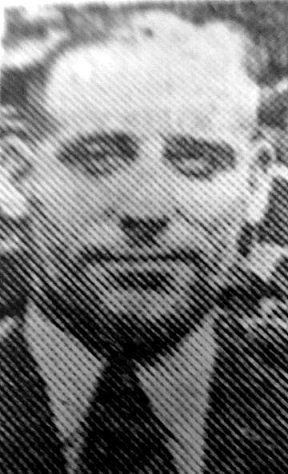 “Denaby will be stronger than last season,” he told me on Tuesday.

There’s a quiet confidence in the Tickhill Square camp. And not without cause. Most of the close season captures have been seasoned players, and I hear that the club might create one big soccer surprise before the season actually opens.

Denaby had the nucleus of the sound side at the end of last season, and secretary manager Roberts (picture) and his associates have acted wisely and signup nearly all last season’s team. Only Millership, Calver and Hurley were not retained.

Principal new signings have been Lloyd Barke, Mansfield Town captain, who made 32 appearances in their third division side last season, and the exThurnscoe Vics halfback, Osborne, who is still on Coventry City’s books with a £1,000 figure on his head.

Groundsman Albert Greene has got the ground into an excellent state and there have been a number of minor improvements. Concrete fence has been provided at the welfare corner, the new stand has been repaired and some new barriers have been installed.

S Vickers, Kilnhurst and Manvers Main, expects to be demobilised from the Army this week.

George Madin, one of Denaby’s ‘veterans’ (but not in age)

F Osborne, transfered last year from Aston Villa to Coventry City, playing for Denaby as his work is in the Doncaster district

Denaby comrades, Mexborough Association league side, will again serve as the United reserve team and play their games at Tickhill Square