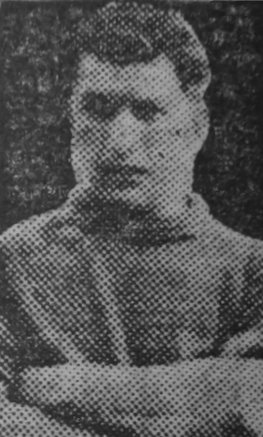 Many doubting supporters shook their heads when Don took over as regular first-team ‘keeper this season, in succession to Ted Smethurst, who was transferred to Chesterfield.

How could Don, until then a member of United Reserves, step into the shoes of the redoubtable Ted, thought the “fans.”

Once again the critics have been proved wrong. After a somewhat shaky start Don, who is employed by his father in a wholesale fish business at Grimsby, has proved himself to be a pillar of strength and dependability.

His best performance this season was when Denaby visited Shildon in the F.A. Cup. He almost took to the air in his valiant attempts to stem a ceaseless second half barrage.

Not only does Don put everything into his game He is also a keen member of the Supporters’ Club. He and his fiancee, Miss Margot Harris, a professional singer, have taken a major part in organising concerts for club funds.