United’ is the Keyword at Tickhill Square

“United” Is the keyword at Tickhill Square these days. This United piece of teamwork which earned Denaby their second  second highest success so far this season was an achievement in which even the poorness of Boston did not detect.

Boston were rarely in the picture as an attacking force; they might have had two goals – once when Sharp lifted the ball high over the Denaby bar and again when he saw a shot parried by a defender in the second half, sent out to Murray, and saved brilliantly by Mayhall, and by that time a crossover for a split second intervention – but in spite of their ineffectiveness, they always approached cleverly once on the move.

That there were no gold was largely a tribute to a defence which allowed few loopholes and got on with their job smartly – and effectively. In this department young Mayhall took a bigger share. He was in for Smith, who was still on the sick list, and played a grand game. 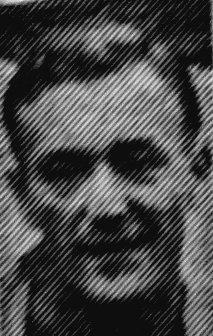 Bouquet to Bernard Saxton for another hat-trick–and to Law, for a couple of well-taken goals, one made for him by Boardman, who himself had a trio a fortnight ago against Goole. The other goal came from Edwards (picture)—and the timetable —Law (9 minutes), a chance made by the Indefatigable Osborne in which Law picked his spot magnificently; Saxton (12 minutes), a lovely shot; Saxton (20 minutes), a header from a Woods cross from near the corner flag; Law (59 minutes). from Boardman; Edwards (82 minutes), and Barton (87 minutes).

Saxton was the unluckiest man alive not to have scored a fourth a minute later when be got away again, was hammed by Wallace and pushed his Shot past Earnshaw and against the Beaten post. Only inches saved a seventh goal.