Mexboro’, who were engaged in the Sheffield Senior Cup competition, lost ground in the league and are now ninth, Doncaster moving above them by virtue of a win over Scunthorpe.

Denaby demonstrated that their defeat of York was not a “flash in the pan” by giving Grimsby a hard game on their own ground though they only scored three goals to the champions’ five.

At Park Avenue, Wombwell were not disgraced in losing 3-1 to Bradford Reserves, though they missed chances which might have given them a point, and Frickley who in recent weeks have given displays varying from brilliant to indifferent had one of their good days and beat Boston 3-0 though the score does not indicate the extent of their superiority, Boston being outplayed in all departments. Frickley’s win lifted them clear of the bottom of the league again as Denaby were beaten, but this was only a temporary reprieve for Denaby’s draw with Bradford City an Monday took them above Frickley on goal average. 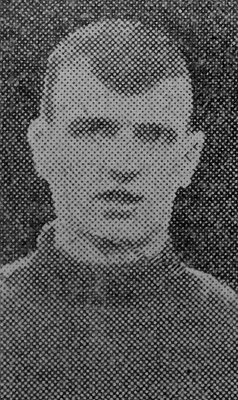 Denaby gave another fine display at Grimsby on Saturday, but unfortunately, their pluck did not bring them any tangible reward for they were beaten 5-3. However, it seemed at one time when the score stood at 3-3 that Denaby might at least get a point, and if they had done so it would have been no more than they deserved, but a couple of late goals dashed the Yorkshire club’s hopes.

Siddall and Wraith might have given Denaby an early lead had they accepted good chances, but these were allowed to slip by and Grimsby were the first to score. HOLMES putting them ahead. GLOVER had made Grimsby’s total three before 20 minutes had elapsed and to take matters easily, having established this substantial lead. The visitors soon demonstrated the folly of this policy by showing decided improvement and reducing the lead to a single goal.

WRAITH scored both Denaby’s goals in this half, going through on his own on each occasion. Denaby were having a good share of the play and when they attacked they showed a determination which the Grimsby defenders found unsettling. Black and Adams both tested Foster before the interval.

Grimsby did not long retain their lead after the interval, for ADAMS, the Denaby centre-forward, made the scores level immediately after the resumption with a good shot. Grimsby made desperate efforts to regain the lead and at this stage Brannan (picture), who has recently touched his best form, made many brilliant saves and with capable assistance from Thompson and Taylor, kept the Grimsby forwards at bay. Denaby managed to keep on level terms for 30 minutes, but two rather fortunate goals scored by GLOVER within a minute put Grimsby well ahead again, and there was no further score.

Wombwell did no more than was expected of them when they lost at Park Avenue to Bradford Reserves, but the score of 3-1 was an improvement on the performances of the other district clubs on this ground, for Denaby, Frickley and Mexboro all conceded more goals.

Had the Wombwell forwards shown more steadiness in front of goal they might have earned a point, but many good chances went begging. Wombwell were the first to attack and Sutor had to save in the first few minutes. At the other end Taylor shot over in a Bradford attack. Murden and Waring both missed through wild shooting, and Bradford scored the first goal, a centre by Davis being converted by PACEY. Bradford increased their lead a few minutes later when SCOTT was successful with a long range shot. Wombwell held their own in suite of this deficit and Murden and Waring were somewhat unlucky to miss narrowly. There was no further soon in the first half but Bradford went further ahead immediately after the interval when PACEY scored his second goal. HOPKINSON scored Wombwell’s goal after Bator had been penalised for carrying. Wombwell’s weakness was at half-back with the result that the team was disjointed and the forwards rarely moved with method. Ward, in goal, was brilliant, and prevented many strong shots by the Bradford forwards from finding their mark.