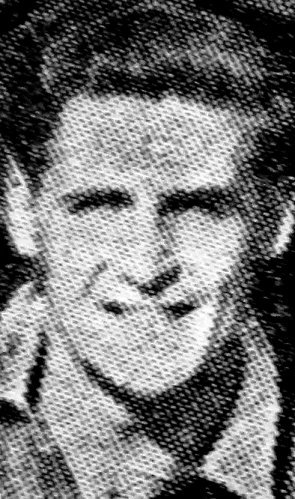 Two late goals, coming within a minute of each other, gave Denaby United a 3-1 victory over Halifax Town Reserves on Saturday, when it looked as though the result would be a draw.

There were two outstanding impressions: that Denaby missed at least four excellent chances and that Halifax, and especially goalkeeper Raynor, played the better football.

Denaby were lucky not to be a goal down in the first minute, when Mayhall somehow got to a hard shot fromYoung, Halifax’s clever inside-right.

Denaby overcame their surprise and then began to miss chances. Rowney at left wing in injured placeire of the in-Holmes, was the chief offender. Only three yards from goal, with Raynor out of position, he miskicked and sliced the ball past the post. Soon afterwards he missed another, and Edwards and Saxton had the same ill-fortune.

Generally, Denaby’s attack was better balanced than of late, and it had more punch than Halifax’s. If they did not have the vigour of Denaby, Halifax were at least more entertaining. Scarcely did a pass go to an opponent, the ball was always under control, and the ten fastest men on the field were all wearing blue Halifax shirts.

This was well demonstrated by he backs, Summer and Fisher.

YOUNG put Halifax ahead after minutes. He ran forward when Jowett had seen his own shot blocked by Mayhall and all Young had to do was to tap the ball into the net.

Just before half-time Saxton tried to “tap” the ball into the net, too, but he attempted it from the penalty spot when an award was made to Denaby. The ball decelerated in the mud and Raynor had no trouble.

About ten minutes after the restart, however, SAXTON steered the ball out of a goalmouth melee to equalise. After that the game settled down, a draw imminent. In the 85th minute, CLARK  (picture) brought a surprise with a hard shot from the right, which left Raynor no chance, and yet another surprise came a minute later when EDWARDS completed Denaby’s scoring. Clark’s shot, the best of the match, was a fair reward for the way in which he had worked through the game.