Didn’t See Himself on Television Show 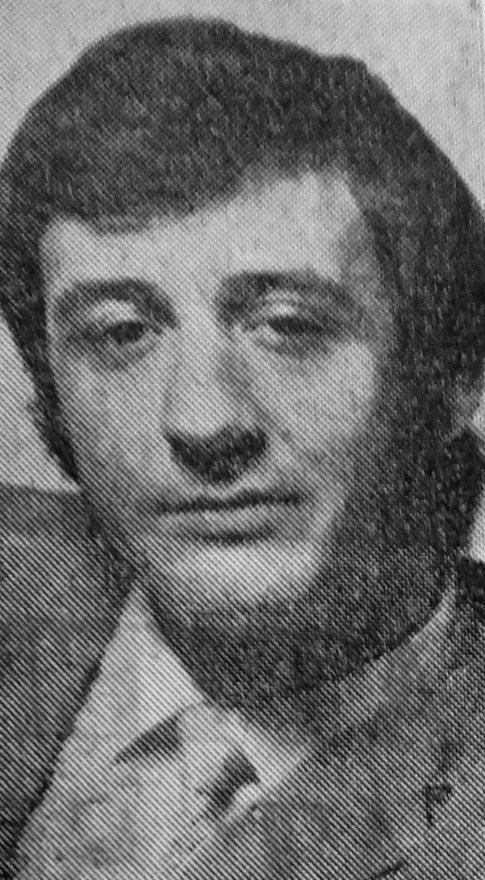 Tony Christie (25) the big voiced ballad singer from Conisbrough, who made such an impact on the Des O’Connor show at the weekend and was said by Des to have “that distinctive individualism which goes to make a start,” missed seeing the television as he was away in Germany.

He was on a tour of R.A.F. Bases and was disappointed that he couldn’t see the show which has enhanced his prestige all over the British Isles– Offers and contracts are rolling in to prove it.

Mrs Susan Christie, wife of Tony, said at her home in Harveyclough Road, Sheffield. “It was a tremendous thrill for me. I hadn’t seen Tony on television before – the last time he made a television appearance was on the Tony Blackburn show and that was shown in every area except Thames TV and Yorkshire which meant, of course, that we missed it.”

Tony, who has had three record releases in the past – ‘Turn Around’ ‘I Dont Want To Hurt You Anymore’ And ‘My Prayer’ is scheduled for another realease on the M.G.M.record label shortly and to compensate for his missing the TV show has another Des O’Connor show lined up in four weeks. Des spotted Tony in the le Dolce Vita club in Birmingham.

Tony turned professional shortly after forming the Counterbeats when he was 21. Now the Penmen are his backing group on stage at bookings widespread over the British Isles.

A touch of irony and last Saturday show was that another singer who appeared in the same part of the programme as Tony was Steve Clinton, who sang ‘My Prayer’ and this has resulted in an upsurge of the sales of Tony’s record of ‘my prayer’ which as Ace disc jockey John Peel would say is “all very nice.”