Disasterous Fire At Conisborough
Children Calmly Led From Nearby School 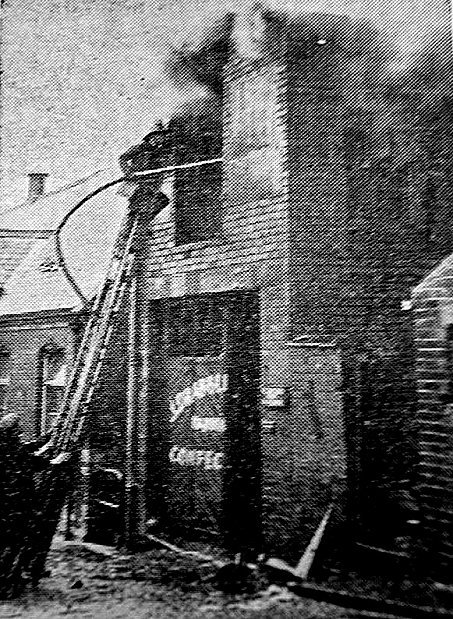 On Wednesday Nearly 500 children attending Morley Place Council School, Conisborough, were led from the school building when a disastrous fire broke out at the three-storey warehouse of J. Drabble and Sons, Ltd., manufacturing confectioners, which is separated from the school only by a three-foot passage.

The children remained perfectly calm. Within an hour of their departure the warehouse and its contents, valued at several thousand pounds, were destroyed.

The fire was fought by the Conisborough, Denaby and Doncaster brigades, and police were drafted from Edlington and Denaby to help the local police control the crowds and traffic. The Doncaster-Conanby-Sheffield bus service and road traffic had to be diverted for some hours, and the Rotherham-Conisborough High trackless bus service had to shorten its route.

The fire was Conisborough’s most disastrous blaze for many years. People living near the warehouse, where the flames reached a height of 70 feet, removed furniture as a precautionary measure. The Rev. S. B. Coley, a local curate, was one of many willing helpers. 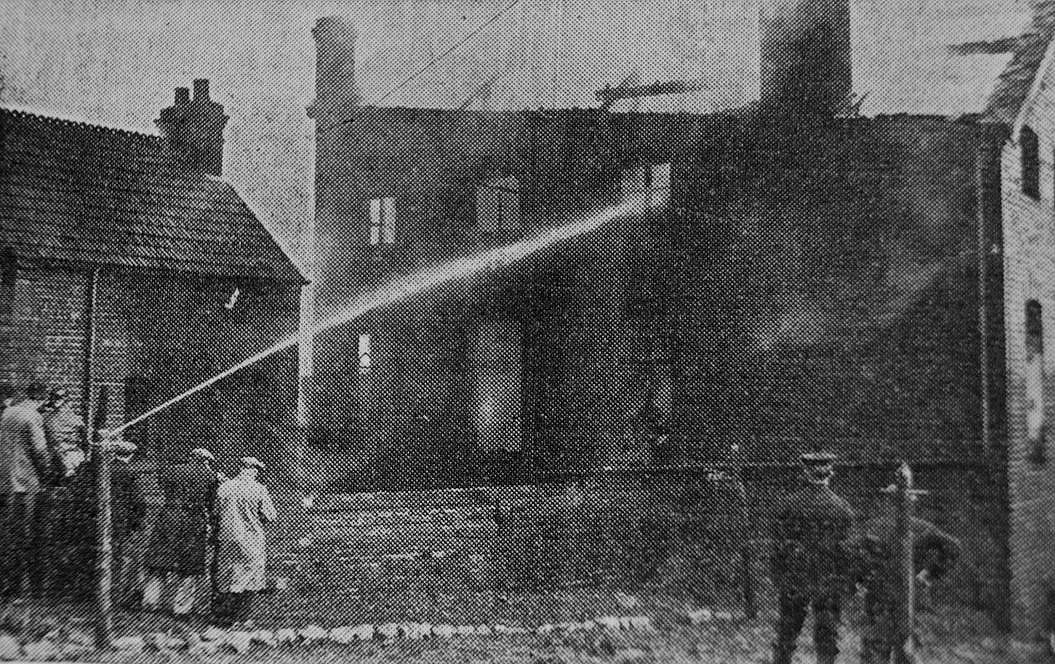 Neglecting to send Children to school