Utter Rout Of The Separatists. 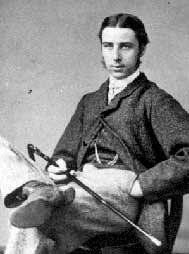 At ten o’clock this morning the process of  counting  the votes commenced at the Council Chambers in a small and incommodious room at the back of the Guildhall, Doncaster. Mr. J. G. Nicholson, Clerk the Peace, officiating Deputy Returning Officer, was in charge of the whole arrangements, whilst Mr. Walter Clarke, Deputy Borough Accountant, Sheffield, superintended the work of the Counting Clerks.

The Hon. H. W. Fitzwilliam, (L.D.), (picture)* and Mr. J. S. Balfour were present, supported by their leading partisans, The number of agents on each side being limited to 25, but so wretched was the accommodation that counting was impeded by the crowded state of the room. The ballot boxes, of which there were thirty-six, arrived at Doncaster from the outlying districts last night, and were placed under lock and key. The first process this morning was to check the contents of each box, comparing the number of ballot papers in each with the number issued. This was a very tedious operation, occupying considerable time, and the result was not known till shortly before one o’clock. The Post Office authorities were inundated with messages with blank spaces tor the figures, intended to be despatched throughout the country directly the result was known.

The town was extremely quiet in the morning, very few people being about. The approaches to the Guildhall were guarded by policemen, though their duties were very light. Shortly after noon the streets began to assume a more animated appearance, and considerable crowd gathered around the Guildhall. These were augmented by visitors from Mexborough, Conisborough, Swinton as well as from the agricultural districts. It was anticipated that shortly after one o’clock, when the two thousand men employed the railway works left off for dinner, there would be some lively scenes, particularly if Mr. Fitswilliam headed the poll.

This idea was scouted at the Separatist head-quarters, where the lowest majority anticipated for Mr. Balfour was 500, and many of his supporters were sanguine enough to put it as high a thouand. Mr. Fitzwilliam’s friends still inclined to the belief that would win. Separatists stated that in the West Ward, where the electors number 2,625 being the largest voting place in the division, they had 536 votes and Mr. Fitzwilliam 247. This was a big majority, but it means represented a heavy poll, and the figures, of course, had to be taken for what they were worth. Leading supporters of Mr. Fitzwilliam believed that they had majority in at least two of the Doncaster wards, but it was difficult to obtain any accurate forecast of the result; and how far the Separatists were out in their reckoning is shown their figures for the biggest of the Doncaster wards. Instead of 883 voting there actually went to the poll in the West Ward no fewer than 1,541 burgesses. So  certain were the Separatists of victory that early the day they were actually preparing anticipatory telegrams of triumph to prominent members of their party. Their chagrin when they experienced the usual result of “counting their chickens before they are hatched, ‘ was almost grievous to witness. The result of the poll, ascertained about 12.43, was as follows

Such was the announcement which the presiding officer made the parties present at the counting in the Guildhall. A few minutes before a supporter of Mr. Balfour came out of the room. He said, as he hurried downstairs, “Fitzwilliam is in.” This announcement was thought too good to be true, and it was decided to wait for the official result. In the lobby with the members of the Press were Sir Frederick and Lady Milner, Lady Alice and Lady Albreda Fitzwilliam. Lady Anne Murray. Lady Cooke. Miss Denison, Mr. and Mrs. T. Fitzwilliam, and others, all wearing the unionist colours.

Shortly after the crowd outside, which had much increased, gave great shout. Some of Mr. Fitzwilliam’s friends feared that Mr. Balfour was in, and that the cheering was the proof of it. Five minutes later several gentlemen wearing Unionist colours rushed out the counting room, nearly upsetting the burly constables in their excitement. “ Fitzwilliam’s in,” they shouted, and instantly the cheering inside responded to the enthusiasm out of doors. A voice was beard talking in the inner room, but many people were hurrying out that before the representatives of the Press could force a way in. the presiding officer had declared the figures, and Mr. Fitzwilliarn was in the act moving a vote of thanks to him for the way in which had presided oyer the election. This did very briefly and sensibly, acknowledging the extremely careful manner in which the counting had been conducted. He added that had no doubt Mr. Balfour would be happy second the motion, which the unsuccess- ful candidate immediately did. Mr. Nicholson briefly acknowledged the compliment, stating that it had been the most smoothly conducted election with which he had been connected in the Doncaster Division, and that he had received the greatest courtesy from the agents and sub-agents through out the division, no single incident having arisen which had caused anything like dispute. Mr. Fitzwilliam then called for three cheers for Mr. Balfour, which were heartily given, and then Mr. Fitzwilliam was surrounded by hosts of friends, all eager to congratulate him.

“This will good news for the Sheffield Telegraph,” cried one, and the remark received ready assent. In the lobby Mr. Fitzwilliam was again cordially received, everybody rushing to shake hands with him. In the street opposite the Guildhall the crowd had tremendously swelled, the preponderance of fresh healthy faces and Unionist favours, showing that the country friends bad came in force, and the manner in which they expressed their delight fairly drowned the hostile demonstrations made by a knot of Balfourites, who clustered near the Guildhall railings. On the fringe of the crowd were many ladies, all showing the red, white, and blue rosettes and ribbons, which betokened the side on which their sympathies were enlisted.

“This is a day to thank God for!” said one stalwart, fresh-faced farmer, and hundreds around him cheered the words. A cry was raised—“ Here’s Balfour!” followed by a feeble cheer, which instantly elicited renewed demonstrations in favour of Mr. Fitzwilliam. It turned out afterwards that the little gentleman of stout habit was not Mr. Balfour, who had remained in the Guildhall, until some time after the result was known to the public. The presiding officer came to the front of the building, and while the crowd pressed around, read from the official return the figures which were already pretty well known. Fresh cheering made Frenchgate ring again, the ladies waving their handkerchiefs, and the people who filled the windows and clambered on the’ parapets joining in the enthusiasm.

“It’s Conisborough has done it!” exclaimed one Separatist with a great groan. “It’s that glass bottle story!” It was expected that Mr. Balfour would have big majority at Conisborough, but if all accounts true, was in a minority. There is no doubt, however, that the leading factors in the victory were the unanimity with which the Unionists worked in the great cause, and the force with which the agricultural vote was given, aided by the support of the police and the outvoters, the latter being under the experienced charge of Mr. Christopher Porrett, Sheffield, It is believed that the police voted almost to man for Mr. Fitzwilliam.

Doncaster By Election – The Poll Results