Is Conisbrough Man’s Task in Egypt’s 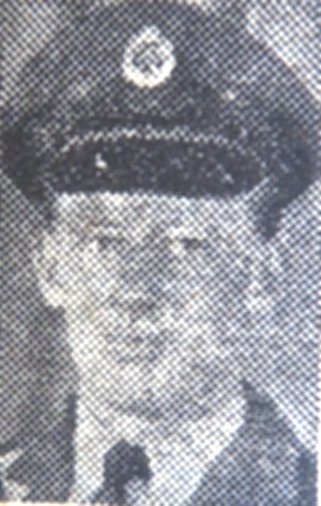 Driving VIPs and visiting Malta, Libya, Cyprus, Iraq and Aden, are among the experiences of 22-year-old Conisbrough airman Ron Darley, one of the last remaining British servicemen in in Egypt’s Canal Zone.

L. A. C. Darley, who is serving five years engagement went out to this one two years ago but was already a seasoned VIP driver having driven senior officers while in England.

His greatest moment came when the Queen and the Duke of Edinburgh were returning to England after their Commonwealth tour and his car was third in the Royal procession at Tobruk. He does not tell his mother very much about his experiences but in a letter to the editor of the South Yorkshire Times he states that among the famous people he has met are Countess Mountbatten and Marshal of the RAF, Sir William Dixon.

Snow is what L.A.C. Darley is looking forward to seeing on his return from the Middle East in 12 months’ time but his mother said on Monday that he will be soon wanting to return to the sunshine of the Canal Zone when he gets a taste of our winter weather.

An old student of Conisborough Modern School, he worked as a joiner in Conisborough before enlisting in the Royal Air Force. An enthusiastic footballer, he played for the Modern School and also had trials with Don and Dearne schoolboys and Denaby United. While in Egypt’s he has played alongside a number of league players including Seemley of Sheffield Wednesday.

Boredom is relieved by the sporting papers and of course the South Yorkshire Times which his parents Mr and Mrs William Darley of 75, park Road, send out every week. L.A.C. Darley is an only son.