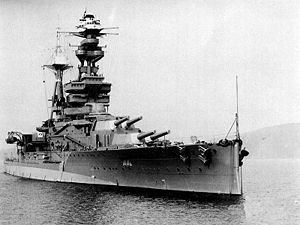 The tempo of the war quickens by land, sea, and air. The Germans in the last few days have carried the tight to us very shrewdly by surprising the Grand Fleet at headquarters and sinking the battleship “Royal Oak” with the loss of 810 men. This amazing feat of skill and daring will take high rank in the annals of the exploits of the war. The Germans, of course, exaggerated even this signal success, and announced damage also to the “Repulse” and the “Hood.” Happily those claims are untrue, but the loss of the “Royal Oak” and two-thirds of its gallant company, especially in such circumstances, is a severe jolt, however small its broad effect on the course of naval operations.

Something of Germany’s air strategy is revealed by the air attacks on Rosyth and Scapa Flow. Though these were expensive for the enemy, and the damage inflicted was negligible, we must be prepared to hear of greater and more determined attempts by Germany to use her air power to damage, cripple, hamper, harass, or scatter our naval power.

That the Navy will be equal to this novel menace we have no doubt whatever. In this preliminary skirmish the honours on the whole were with our defensive air arm, who accounted for three of the four German victims of the Rosyth raid, but as the struggle develops we shall no doubt find that gunfire also will be a formidable factor in defence and destruction. At any rate we have won the opening round.

Two important facts emerge from these incidents. The direct assault on our Fleet constitutes a tacit acknowledgment of the vital importance to Germany of loosening the grip of the British Navy, which is already beginning to hurt. It also suggests that German air strategy, wisely and rightly, is concentrated on legitimate military objectives rather than on easier but wasteful and futile efforts to shake civilian morale by bombing raids on defenceless towns. How long this condition of things will continue we do not know; if, as we expect, the air offensive against warships and heavily fortified docks and harbours proves an expensive failure, it is likely that the German air force will turn its attention elsewhere, but experience so far suggests that wherever they turn the German raiders will be effectively countered.

It is certain also that they will be able to undertake no important land operation in the West without the co-operation of a very high proportion of their Air Force, and formidable as is their air power, it is difficult to see how it can be effectively used in three directions at once. The attempt at comprehensive action of that kind would no doubt prove wasteful to a disastrous degree.

There was general expectation this week that the German Army would strike in the West. A thrust has been made and repulsed with losses out of proportion to the slight advance made. The French defence was not seriously tested and the effort was not pursued. The great clash has still to come, and the longer the German General Staff contemplate the prospect, the less they will like it. Nevertheless we must be prepared for shocks and perhaps surprises, some of them, as the Prime Minister warns us, possibly unpleasant.

Tactically, the Germans are in a difficult position, with little room to manoeuvre. Undoubtedly they will attempt strategems, but if a frontal attack must be made they will not shirk it, and we must be under no illusion as to their power, weight, strength, skill, and ruthlessness. So far the British have not been engaged, but they are in line, perfectly ready, and in good heart. How different is the Allied situation this time from the chaos amid which Germany was able to overrun Belgium and Northern France twenty-five years ago!

On the diplomatic front there has been no further movement in the West. Mr. Chamberlain’s calm clear answer to Hitler’s peace proposals has removed all doubt as to the determination of Great Britain and France to make terms only with a German Government able and willing to give effective guarantees for security and freedom throughout Europe. When Germany is ready to do this, London and Paris will gladly give the signal for peace and conference, and we shall find that the Russian problem will fall into place, if peace can be achieved while Germany, Britain and France are still powerful enough to overawe that lumbering giant. Hitler alone stands in the way of such a peace as would restore Europe to sanity and solidity, and unhappily, though his fall is inevitable, he may stand long enough to destroy his people, to submerge Central Europe in Bolshevism, and inflict a generation of misery on this distracted Continent. There is no present sign that Germany has the will or the power to throw off this ‘fatal regime and return to peaceful ways. Disillusionment is not yet complete, and it may come only after much hard fighting and bitter sacrifice.

Meanwhile, Russia has quietly secured control of the Baltic, and is exerting sinister pressure on Finland and Turkey. There, two vital nerves are touched, but unless we have over-rated the cleverness of Stalin, he is not likely to commit the follies of Hitler and to throw away the substance for the shadow. It is certain that Northern Europe will rally to the defence of Finland, if need be, for Scandinavia has a vital interest in the independence of that country. Stalin, too, must be well aware of the danger of meddling with a fierce military race like the Turks. In neither case will he enjoy the advantage which enabled Hitler to seize Austria, Czecho-Slovakia, and half Poland, for the Western Powers are able and ready to give direct and powerful assistance to the Scandinavian Powers, and to Turkey and such Balkan States as may be brought into this extension of the war. Stalin is quite incalculable, but if he has one surprise left it will be his resort to crude Hitlerism.

Editorial – Death of Neville Chamberlain – The Victor of Godesberg

Editorial – Frankenstein and His Monster