Reader B.B.Hickling, 10 Saville Rd, Whiston, has been good enough to let others see the accompanying photograph of the Eltsac toffee works chimney at Conisbrough which was recently felled and about which a story appeared in our column.

Our correspondent writes: “The photograph was taken at the completion of the erection of the chimney in 1908.

The property was owned by Mr B J Clarkson. The three people on the scaffolding are, I think, Mr J Savile and Mr F Shaw (mentioned in the note in the bottle) and the third is probably a joiner attached to the contractors, perhaps a Mr J Best.

The two young ladies at the foot of the ladder are daughter of Mr Clarkson.

The lower one is now my mother-in-law and remembers the photo being taken.” 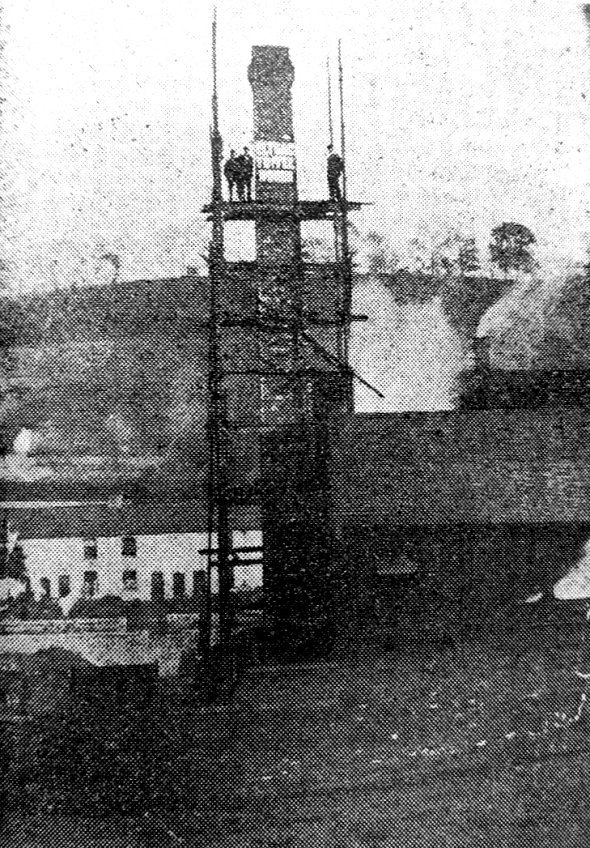