The Eviction of Miners at Denaby
Policeman Removing Furniture 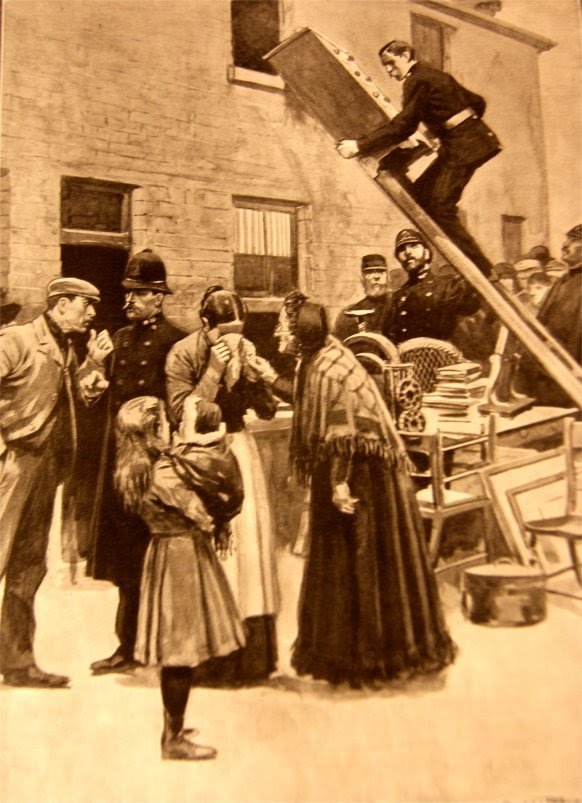 This is a scene of the extraordinary eviction which occurred last week at Denaby (midway between Sheffield and Doncaster) as a result of a bitter dispute between the coal owners and the miners; 3,000 miners have been on strike for 7 months. The Denaby and Cadeby Main Company, the landlords, had recently obtained judgement for £6 damages and costs against a large number of workmen, and notices of eviction were served to over 700 persons occupying houses under their control.

On January 6th about 200 police were drafted in armed with cutlasses to carry out the eviction. The people did not oppose the police.

From Wikipedia: The Sphere was a British newspaper , published by London Illustrated Newspapers Ltd. weekly from 27 January 1900 until the closure of the paper on 27 June 1964;