Though the volume of trade at Hull during the past month was smaller than it was a year ago, there is satisfaction in the fact that the trade abroad showed a comparable advance in harmony with the bigger foreign trade generally throughout the country.

Looking the individual collieries, there is again the notable instance of the absence of the Notts and  Derbyshire firms and so far as Hull is  concerned they are totally eclipsed for the moment. The firms exceeding 10,000 tons during the month are eight. and these excepting Glass Houghton, with over 32.000 tons, are in the are the South Yorkshire district.

The loading position of the Denaby and Cadeby firm is more pronounced than ever, their tonnage being equal to about 20 per cent, of the aggregate. Their tonnage last month is double that a year ago.

The following is list of the chief firms sending the port, with the tonnage for last month and during the year compared with the respective periods a year ago: 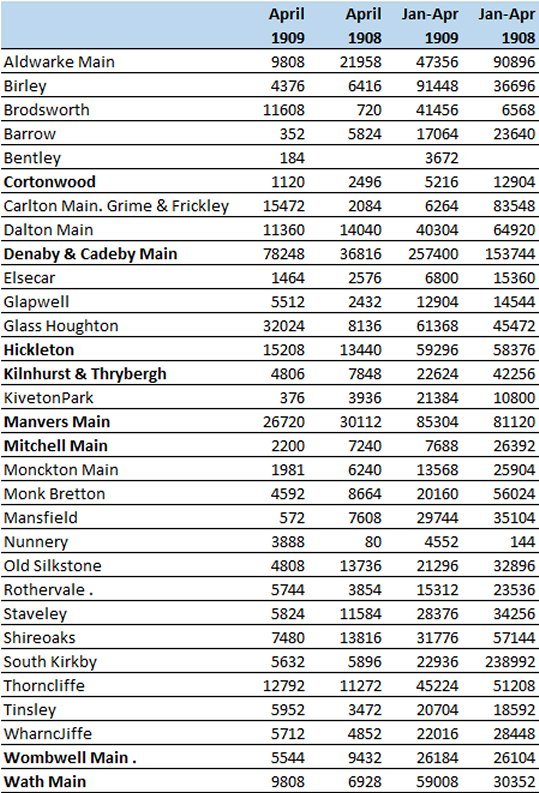