5 Marr Street, Denaby Main
of the second Battalion of the York and Lancasters 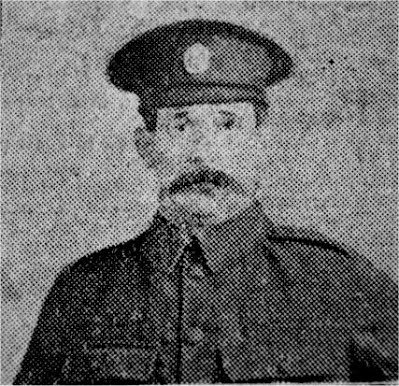 He began his career as a soldier at the age of 18, but secured his discharge after four years service when war was declared.

He re-enlisted, and was sent to South Shields to finish his draining, landing in France on Christmas Day.

Since then he has been in the firing line and trenches continually, and recently his family and friends were occasioned much anxiety by having all their parcels and communication addressed to him returned by the postal authorities. However, they received a postcard from him on April 1 to the effect that he was in excellent trim.