Unaccustomed as they were to public speaking, eight amateur rhetoricians stunned the audience with their verbosity at Mexborough and District Divisional Executive Public Speaking Contest on Monday.

The contest, held at Mexborough Youth Centre, was to have attracted six teams, but only four performed after last minute withdrawals. Glynn Rawle and Paul Gilliver from Conisbrough Northcliffe Youth Group with their theme, “Are We Square all the Way Round”, carried out a form Of philosophical acrobatics. Their Chairman was James Noonan.

Mexborough Youth Club, chaired by Bernadette Molloy, chose “Women’s Place is in the Home”. For the motion, Sheila Jones expounded the case, with true conviction, countered by her colleague Dianne Grout, who argued in the true tradition of a Pankhurst rebel.

On a more serioia note, Anne Butterfield of Tom Hill Youth Club contented firmly and fluently that discrimination against coloured lmmigrants was inhuman. Mavis Blakemore, against the motion carried out a difficult task but gave a realistic appraisal of the immigrant problem. Chairman was Madeline Sanderson,

Winners of the competition were Rawmarsh and Parkgate Youth Club members, Glynis Lindley, Ian Whitworth and Trevor Bloy, who discussed whether immigration should be gradually altered.

The adjudicator, Miss Kathleen Hudson, Vice Principal of the Lady Mabel College of Education, Wentworth, commented: “The team was polished and able to pick up the questions, give them considerable thought and throw them back”.

She added: “I don’t think that some of Mr. Whitworth’s arguments (for the motion) were logical, but he delivered them well. The second speaker (Trevor Bloy) was the best of the evening”. 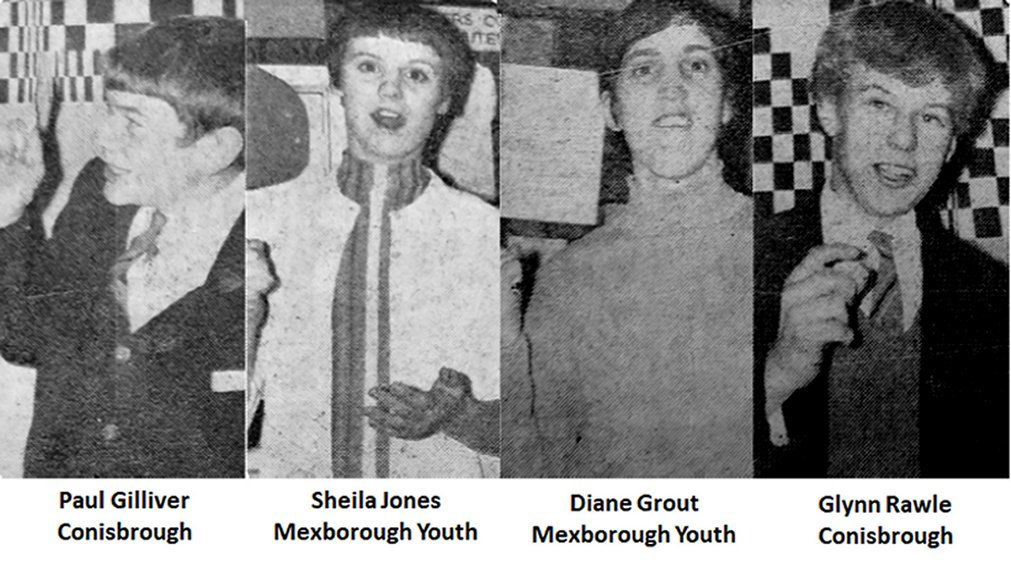